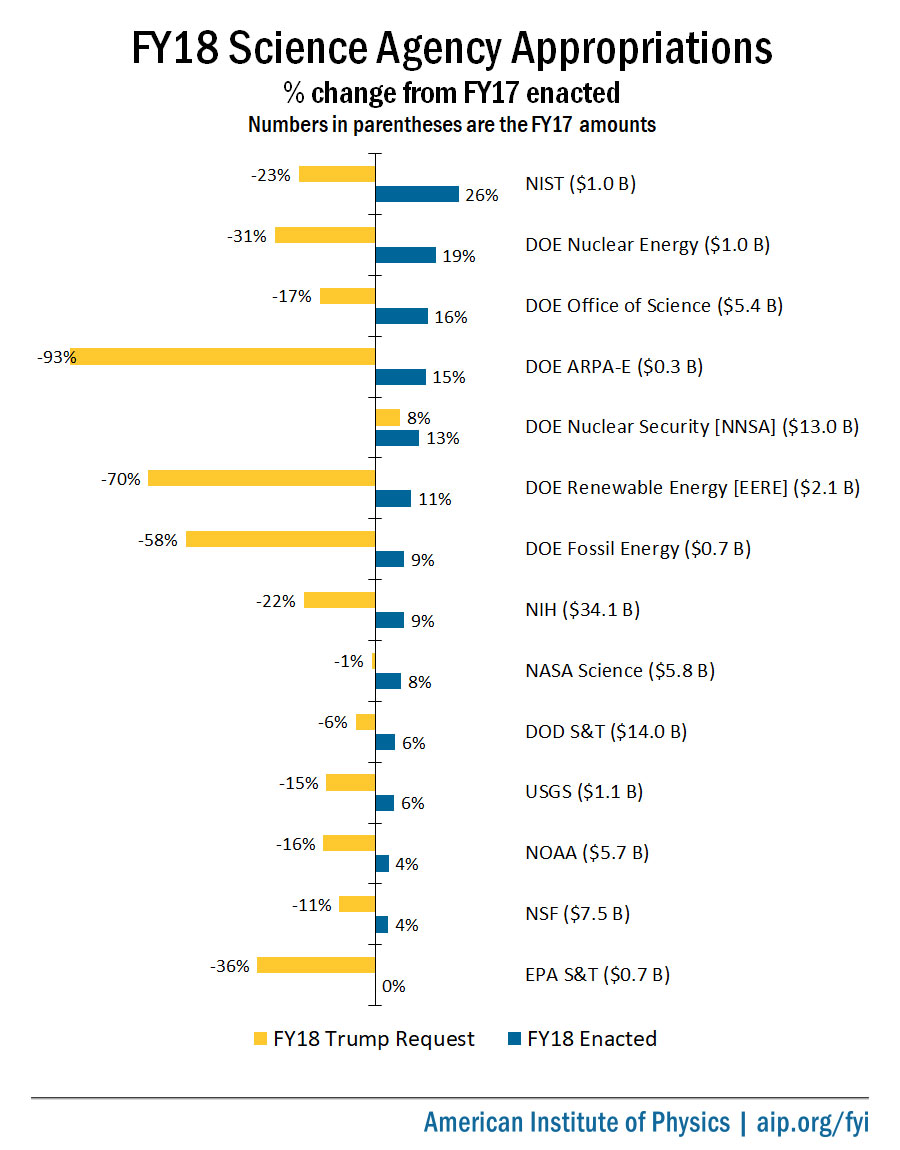 Early this morning, the U.S. Congress passed the Consolidated Appropriations Act, 2018, a $1.3 trillion bill that will fund the U.S. government through the end of the current Fiscal Year 2018 (FY18), which ends on September 30. President Trump signed it shortly thereafter.

In a bipartisan effort, members of both the House and Senate soundly rejected nearly all of the Administration’s proposed deep cuts in science and research—and went further by providing some of the healthiest funding increases seen in years.

For more information on science and research funding in the FY18 federal budget, click on the graphic (at right) for a summary from the American Institute of Physics or see this overview from the American Association for the Advancement of Science (AAAS). Overall, AAAS’ quick analysis is calculating the total amount in the budget for scientific research and development at about $177 billion for FY18, more than 18% above the Administration’s request and 13% higher than in FY17.

Here is a quick summary of how things stand at some of the science-mission agencies:

Below are some of the additional details in the FY18 budget, for programs specifically related to informal STEM education programs and other programs of interest to science centers and museums.

ASTC and its Public Policy Committee deeply appreciate the efforts of everyone who contacted their elected officials during this year’s budget process, pushing for strong funding for science, research, and education.

And now the battle for FY19 begins!