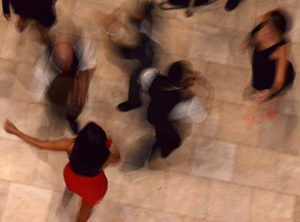 Hundreds of ASTC Annual Conference participants trekked to Tampa’s Museum of Science and Industry (MOSI) on Saturday night, September 24, for a culinary and cultural immersion into the region’s unique heritage that was surrounded by a wide range of hands-on science and technology learning experiences.

In MOSI’s Grand Lobby, the Greek Station drew inspiration from the nearby community of Tarpon Springs, home to the highest percentage of Greek Americans of any city in the United States and home to an active fishing industry. Gyros, spanakopita, Greek salad, baklava, and artisanal cheeses were bountiful along one side of the space, while a sushi station presented seafood options along the other.

The MOSI Summer Games exhibition was a scene of active inquiry, prompting science center personnel from around the world to explore the science behind the sports of the Summer Olympic Games.

MOSI’s flight simulator took many for a “helicopter ride” at the base of the Grand Stairs, while a live band and professional flamenco dancers encouraged many to show off their own smooth dance moves on the stairs’ landing.

“The simulator was unreal. I’ve never experienced anything like that,” said Kenneth Monjero, assistant research officer at the Kenya Agricultural and Livestock Research Organization (KALRO)–Biotechnology Research Institute in Nairobi, where he is establishing a science center.

On the second floor, in the IMAX Lobby, MOSI’s party planners re-created some of the experience of Ybor City, the Tampa neighborhood known for its historic cigar manufacturing and Cuban influences on city life. The paella, Cuban sandwiches, garbanzo bean soup, and flan were plentiful.

Nearby, the 3D Printing the Future exhibition was a showcase for this new technology and some of its emerging practical and artistic uses. In the IMAX Dome Theatre, partygoers took part in “giant video gaming,” playing Super Smash Bros on the huge domed screen and participating in a Halo Multi-Player Fest following a talk with Halo game developer Jeff Easterling.

Visitors explored the Weathering the Storm, Faraday’s Cage, and The Amazing You exhibitions on the third floor and made LED light graffiti in the Coleman Science Works Theater.

Emerging from MOSI’s fourth floor, visitors found a s’mores station and enjoyed cigars and whiskey while taking in the sparkling Tampa skyline.

In the adjacent building, home to the Kids in Charge! and Imagination Playground galleries, ASTC revelers found an environment inspired by traditions of the Southern United States, including pulled pork sliders, chicken wings, collard greens, and corn bread.

The Drone Zone exhibition provided an entry point for visitors to find out more about these robotic devices and how they are being used for business and pleasure.

As the last buses prepared to depart MOSI late in the evening, Charlie Trautmann, executive director of Sciencenter in Ithaca, New York, and veteran of 27 consecutive ASTC conferences, said “This was one of the best ASTC parties ever, rivaling the one at the California Science Center in 2007.”

See the slide show below for some highlights from the evening.

Thank you to MOSI President and CEO Molly Demeulenaere and all the MOSI staff, volunteers, sponsors, and donors for making this memorable event possible and for creating a wonderful environment for professional networking and informal science learning. 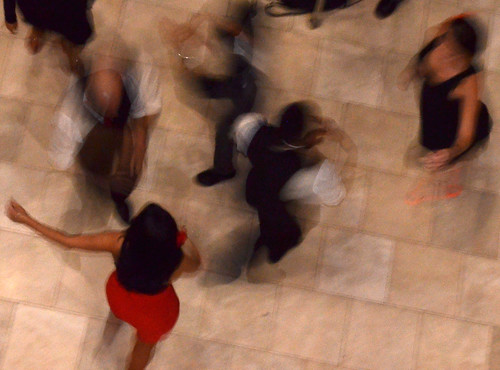