ASTC is excited to announce that Dr. Eugenie Scott will give the keynote presentation on Saturday, October 19 at ASTC’s 2013 Annual Conference in Albuquerque, New Mexico. Dr. Scott spoke at the 2005 annual conference in Richmond, Virginia and we are very pleased to welcome her back! 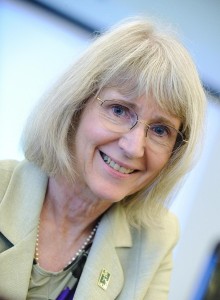 Dr. Eugenie C. Scott is Executive Director of the National Center for Science Education, Inc., a not-for-profit membership organization of scientists, teachers, and others that works to improve the teaching of science as a way of knowing, the teaching of evolution, and the teaching of climate change.

A former college professor, Dr. Scott lectures widely, and is called upon by the press and other media to explain science and evolution to the general public.