ASTC is excited to welcome its 2019 Diversity and Leadership Development Fellows—including 11 New Fellows and six Alumni Fellows—to the 2019 ASTC Annual Conference in Toronto. The Fellows are museum professionals from underrepresented groups who are attending ASTC 2019 to gain professional development experiences, develop a broader peer network, and build their leadership skills. Fellows will continue to share experiences together for the next year via webinars and coaching calls. 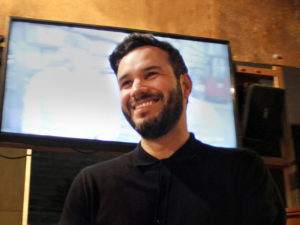 Daniel Aguirre is a passionate community organizer and avid disruptor who emigrated from Mexico and is now based out of San Diego. Currently, he operates as the Community Engagement Manager for the Fleet Science Center where he focuses on co-developing neighborhood-specific STEM access initiatives. Aguirre co-founded the San Ysidro Education Committee, a group dedicated to improving high-school completion rates and providing meaningful opportunities for the entire community. He also works as an independent community engagement consultant where he has helped to elevate community voices, perspectives, and expertise. In all efforts, he has prioritized practicing inclusivity, pushing towards equality, and uplifting the voices of those who are not traditionally considered. 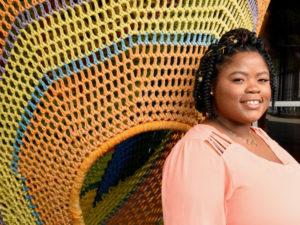 Precious Brayboy is a native of Fayetteville, North Carolina, but currently lives in Winston-Salem, North Carolina. Brayboy’s museum career began as a part-time staff member while in college, working in the visitor services department. This developed her desire to build a career in the science center/museum field. Growing up with a single mom who had to work hard for everything she got is why Brayboy has such a passion for equity and a strong work ethic. Brayboy is a very family-oriented person who loves spending time with her two nieces, who are her world. She is also a very spiritual person; Brayboy’s faith is what keeps her grounded when life gives her lemons. 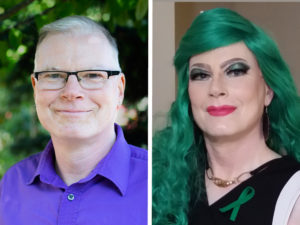 Jason Bosher (Tequila Mockingbird) has come a long way since living in the geology building during his undergrad degree. Bosher has climbed (and fallen down) mountains, staked claims at -40° C, and met many woodland creatures. During Bosher’s theatre tech career, he toured across North America with Lilith Fair as a roadie, built props for the Vancouver Opera, and played a prostitute in the movie Watchmen. Bosher is now a communications/marketing professional for Science World in Vancouver. In addition to writing, editing, and working with media, Bosher is an active member on several internal committees that focus on safety, inclusion, LGBTQ2S+, and science literacy. Bosher is honored and excited to be included in this Fellowship and will work with his peers to help increase and support diversity in STEM/STEAM. 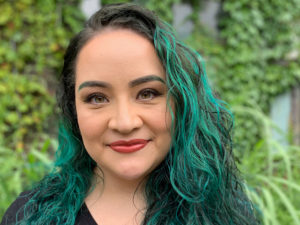 Marissa Feldman is the Museum and Animal Program Educator at the Long Island Children’s Museum. She began volunteering at the Long Island Children’s Museum in 2014 and was promoted to floor supervisor by the end of the year. In 2018, she entered her new role in which she cares for the live animal exhibit and creates all the animal related programing. Feldman has also been involved in an afterschool pilot program, E2E:Enrichment to Excellence, which focuses on using STEAM activities to re-engage disinterested preteens. She graduated from the University of California Santa Barbara in 2009 with a bachelor’s degree in art history with an emphasis in Museum Studies. 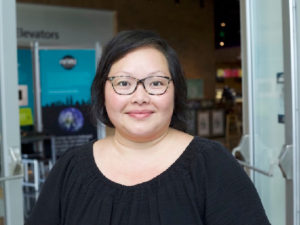 Choua Her is a Hmong-American woman living in St. Paul. Throughout her career, a common thread has been a commitment to addressing issues of equity, privilege, and power to build the capacity of communities to thrive. She is fluent in Hmong, English, and Spanish. Currently, as an Evaluation and Research Associate at the Science Museum of Minnesota, she weaves her lived experiences along with a critical pedagogy approach to advocate for methodologies that uplift underrepresented and alternative voices, especially within informal learning spaces. Some of Her’s past work includes managing projects focused on youth participatory evaluation, developing a national campaign model to advance education equity through service-learning, and facilitating professional development for practitioners. She received her M.Ed. in Youth Development Leadership. 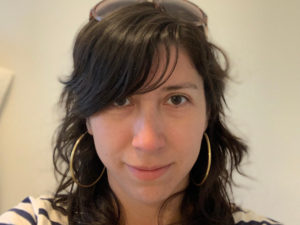 Carla Herran is from Bolivia. Herran grew up in the eastern and less-known side of her country, and spent most summers growing up in a remote rural town where her grandmother lived. There was no electricity nor potable water. That experience shaped her life. After getting her bachelor’s degree, Herran worked for a nongovernmental organization serving indigenous rural communities near protected areas or natural ecosystems. Herran moved to the United States ten years ago and went to graduate school. She is interested in learning more about the human dimensions of climate change. It is her hope that someday she can live in between here in the United States and her hometown serving and learning from different parts of the world. 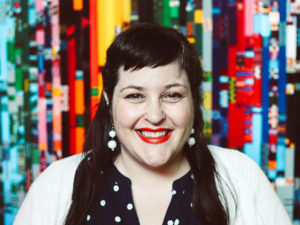 Dana Mahoney is the Associate Director of Community Engagement at Thinkery in Austin, Texas. She is a Certified Volunteer Administrator and has over 19 years of experience engaging communities with nonprofits. Mahoney loves seeing how each and every community volunteer or partnership makes the museum a richer place that better reflects the communities it aims to serve. She is a University of Texas at Austin alum and a member of the LGBTQ+ community. 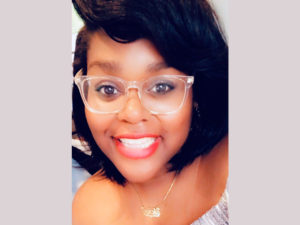 Sheree Matchen’s passion for leadership and diversity can be traced back to her pre-professional days. During her years at Central Connecticut State University (CCSU), Matchen sat on many boards as an advocate, including as Black Student Union President in the Student Government Association Senate; as CCSU’s Student Affairs Representative for the Student Affairs Professionals in Higher Education; and as a resident assistant. Matchen knew then that her passion would be to work with people and to make a difference in seeing people like her well represented in all areas. Matchen recently celebrated five years at the Connecticut Science Center, where she is the Visitor Services Assistant Manager. “Pre-museum-world,” Matchen spent many years in high-end retail, where she had an opportunity to participate in HYPE (Hartford Young Professionals) and The Management Associate Program, each of which afforded her the opportunity to spend an extended period of time developing her leadership skills. Matchen’s vision is to see diversity represented in her science center’s staff across all departments and in its visitor services and exhibit signage. Being selected as a 2019 Fellow, Matchen can be a part of a network of individuals who also want to see this change, and therefore she can see this change represented at the Connecticut Science Center. 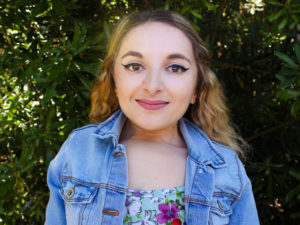 Bridget Moore is the Exhibit and Graphic Designer at Children’s Discovery Museum of San Jose (CDM), where she develops, designs, and helps manage production of all exhibits produced by CDM, in addition to overseeing and producing all exhibit graphics. Before working in the museum field, Moore worked as a production and set designer on a variety of film and television programs. She now operates at the juncture of educational content and design to craft artful and engaging experiences for all. Moore holds a bachelor’s degree in film production, with an emphasis on design, and a minor in art history from Ithaca College’s Roy H. Park School of Communication. 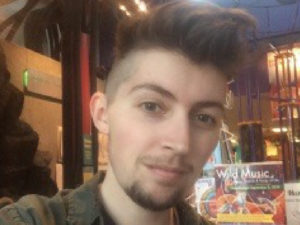 Finn Smith is the Public Programs Coordinator at ScienceWorks Hands-On Museum in southern Oregon. Smith has been at the museum for about five years, starting as a volunteer activity facilitator in the tinkering space before being hired at the front desk and later moving into public programs. Smith’s background working at different levels and in different areas of the museum, as well as their background as a college dropout before getting an English degree, informs how Smith designs their programs and visitor experiences. Smith is so excited to be a part of this year’s class of ASTC Diversity and Leadership Development Fellows, learn from other people’s experiences, and start implementing everything they learn! 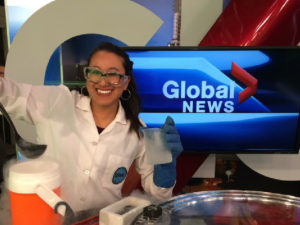 Jacqueline Tran works in marketing and communications at TELUS Spark, the science center in Calgary, Alberta, Canada. Tran started her journey in the science center universe as a facilitator/public program presenter, igniting real flames on a daily basis with one goal: spark delightful moments for every guest. Fast-track to the present moment, and that is still Tran’s goal as a marketer. Tran is a lifetime explorer of the unknown and strives to find joy in the littlest of things. According to Tran, there’s not a lot to complain about with this mindset. 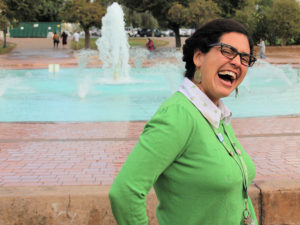 Ivel Gontan holds a bachelor’s degree from SUNY Purchase in philosophy and anthropology and a master’s in museum studies from John F. Kennedy University, where she wrote her thesis on successful strategies for engaging Latina girls in STEM programs. Gontan was a barista for a decade—something she credits with instilling a work ethos strongly rooted in customer service and compassion. During her museum career, she has had the opportunity to be involved in varying capacities with many stellar institutions including being a volunteer at the Miami Science Museum (Frost as it’s now known), an intern at the Exploratorium, a fellow at the Smithsonian, and a researcher/evaluator at OMSI. Currently, Gontan’s journey has brought her to sunny San Diego where she collaboratively works on community engagement with an amazing team of talented leaders at the Fleet Science Center. From developing community engagement plans to meeting with community partners during times of crisis, her great passion lies in navigating relationships with others. She loves systems thinking, strategizing, and being a team player. 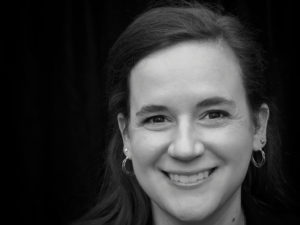 Originally from Augusta, Georgia, Lindsay Jones has called Charlottesville home since 2007. She holds a bachelor’s degree in classical civilization and a bachelor’s degree in art history from Davidson College, as well as a master’s degree in art history from the University of Virginia. She began her career at the Virginia Discovery Museum as a part-time Volunteer Coordinator in February 2010, occupying several positions until becoming the Director of Operations in May 2012. In this role, Jones manages the day-to-day operations of the museum, including staff and volunteer management, daily and annual fiscal management, memberships, field trips and event rentals, annual events, and exhibit design and maintenance. 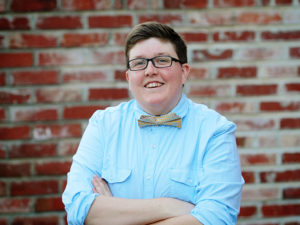 Emily Lozen is a graduate of East Carolina University and the Manager for Family Fundraising Events at the Museum of Life and Science in Durham, North Carolina. She serves on the museum’s Equity, Diversity & Inclusion Taskforce, the ASTC Advocates for Diversity Community core team, and was an ASTC Diversity and Leadership Development Fellow in 2018. 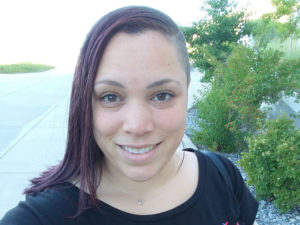 Nichelle O’Saurus has a background in evolutionary anthropology and a passion for the story of human evolution. She has varied experience as a researcher and an educator, and those combined experiences led her to work with the public at the Natural History Museum of Utah. She is now the Volunteer Coordinator, managing more than 400 volunteers across the museum. 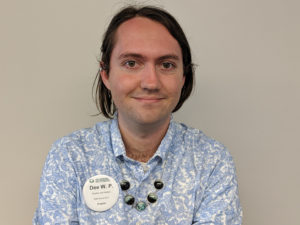 Dee W. Perry first set foot in a science center when she came to The Lawrence Hall of Science in 2011 to interview for a student facilitator position. Since then, he has worked in many aspects of the informal science education world, ranging from exhibits to summer camps. Born and raised in Sacramento, California, Perry studied at the University of California Berkeley and now lives in Berkeley, California. As a manager at The Lawrence Hall of Science, she utilizes her total of eight years of experience in the field (at the time of writing) for her work supervising daily operations, leading program development, using data to understand the visitor experience, and mentoring the students who facilitate those experiences. 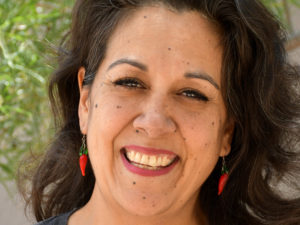 Yvette Sandoval was born and raised in Albuquerque, New Mexico. She is a proud mother of two beautiful adults, Ezekiel and Lyric. Sandoval was raised with the influences of many cultures—Indian, Spanish, and Mexican—which has opened her eyes to embracing our differences. She has always enjoyed working with the public and working with a team to build goals and to encourage personal growth. Sandoval has worked in the museum field for more than four years and looks forward to learning and sharing experiences with the ASTC Diversity and Leadership Development Fellows Program.