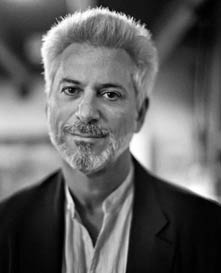 “Science isn’t always open and shut, black and white. But there’s data…if you don’t agree with the data, it still exists.”

So said New Yorker writer and author Michael Specter, during the opening keynote session of ASTC’s 2011 Annual Conference in Baltimore on Saturday, October 15. Specter, the author of Denialism: How Irrational Thinking Hinders Scientific Progress, Harms the Planet, and Threatens Our Lives, shared his views about the contradictions between scientific reality and perceptions, including debates about whether evolution is real or whether the HPV vaccine has the deleterious effects some political leaders claim.

“Our reaction should be to understand what we don’t understand, not ban it,” Specter warned.

The work of science centers, Specter said, should include “getting people interested in the excited truths.” And he cautioned that progress is fragile and needs to be nurtured. “If you think progress isn’t reversible, look at history: Ancient China in 1421 was at the top of everything, but when progress stopped, the country literally went dark for 500 years.”

Lots to think about…