With giant screen films, science demonstrations around every corner, planetarium demonstrations, behind-the-scenes tours and special sessions, fun outdoors tackling a rope course and zip line, a special edition of ASTC On Air with paleontologist Jack Horner, and acres of indoor and outdoor exhibits to explore, the annual Museum Open House Day at the 2016 ASTC Annual Conference was a rousing success.

Thank you to MOSI’s President and CEO Molly Demeulenaere and all of MOSI’s staff, volunteers, board members, donors, and sponsors for making this memorable day possible!

Big Screen Day in the Florida Hospital Imax Dome Theatre, sponsored by the Giant Screen Cinema Association, showcased Flight of the Butterflies from SK Films, Global Soundscapes: Mission to Record the Earth from Foxfire Interactive Group, and National Parks Adventure from MacGillivray Freeman Films. Andrea Brickwood, manager, school programs, at TELUS World of Science in Edmonton, Alberta, Canada, made a special point to take in Global Soundscapes, which is also showing at her institution. “It’s an interactive film, and I wanted to see what MOSI did differently with their timings and the interactive pieces of the script.”

MOSI’s STEAMpunk Science troupe was a dynamic presence throughout the galleries, performing high-energy science demonstrations, engaging visitors with the SynDaver synthetic cadaver in the lobby, and staffing mobile program stations.

Throughout the event, Planetarium Day Sponsor Spitz, Inc., presented new, compact projection technology in the Saunders Planetarium, as well as simulation options that allow planetariums to present earth and life science environments in addition to astronomy programs. “It was one of my favorite things to see,” said P. Iyamperumal, executive director of the Tamilnadu Science and Technology Center in Chennai, India.

Behind-the-scenes events covered a wide range of topics for science center professionals of all stripes. Adam Zuckerman, exhibits and collections consultant at A-Z Museum Services, led a walking tour of the vast exhibition halls along with MOSI staff and consultants, taking questions and sharing stories about the exhibit units, safety issues, and some of the new ideas for reshaping the halls. MOSI Communications Director Grayson Kamm, a former TV news journalist, shared effective tips on pitching stories to the media. In MOSI’s IdeaZone maker space and fab lab, the “exhibit” for conference attendees was watching students from the MOSI Partnership School (a public school that shares MOSI’s campus) tackling tinkering projects suitable for use in their own institutions.

Outfitted with closed-toed shoes and broad smiles, preregistered conference attendees pushed the limits with team-building exercises at the Sky Trail Ropes Course and Zip Line in the morning. Later, the experience was opened up to everyone (except during the infamous Tampa downpours).

The discussion is also the latest episode of ASTC On Air—a series of YouTube interviews with people outside the museum field who are doing work that is relevant and interesting to informal science and museum professionals—so if you missed this event, or want to see it again, you can watch it at the link below.

“I liked the Moonbase. I was the world’s worst navigator, but it really felt like I was on the moon, on a mission to collect rock samples,” said Annie Prud’homme-Genereux, vice president, science, at TELUS World of Science in Edmonton, Alberta, Canada. “And the augmented reality, it was nice to see it in action.”

“The electricity modules made an impression. The responsiveness and the human interface was really good,” said Deborah Barnhart, CEO and executive director at the U.S. Space & Rocket Center in Huntsville, Alabama. Her colleague Darlene Perry-Smith, vice president, exhibits and experiences, at the space and rocket center, was impressed by the robotics exhibits, the Chinese seismograph, and the weather area.

Andrea Durham, vice president, exhibits, digital, and evaluation, at Science World British Columbia in Vancouver, Canada, got a lot out of the entire day. “They did a fabulous job,” she said.

Catch up on some of the day’s excitement and wonder in the slideshow and videos below: 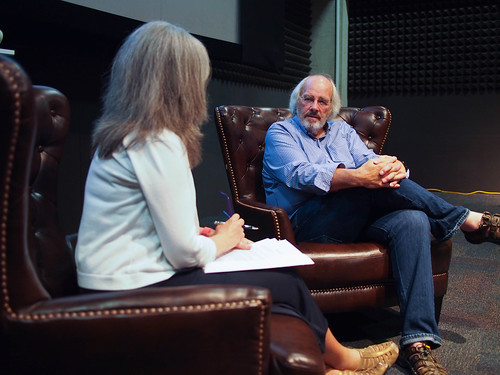