In Tampa, Florida, on Monday, September 26, as part of the ASTC Annual Conference Signature Speaker Series, Sascha Paladino (creator and executive producer of Disney Junior’s Miles from Tomorrowland space-adventure animated television series) spoke about how he was inspired to create a show that would be a family adventure.

He was joined by the show’s science consultant, Randii Wessen of NASA’s Jet Propulsion Laboratory (JPL), and representatives from three science centers that have used the series as a base for public programming with younger audiences: Jennifer Barlup, director of floor experiences at COSI, Columbus, Ohio; Christian Greer, chief education and experience officer at the Saint Louis Science Center (SLSC), Missouri; and Janella Watson, director of early childhood education at the New York Hall of Science (NYSCI), Queens.

A few years ago Sascha Paladino found out he was going to be the father of twins. As happy as he was about the news, it triggered a fear deep inside the children’s television writer and producer, who had worked on Blues Clues, Sid the Science Kid, Doc McStuffins, Wonder Pets, and many other beloved shows for young viewers. “Twins. What if that meant I was never going to have another adventure? With all those new responsibilities coming, I started thinking, ‘What’s greatest adventure you can have with your kids?’” 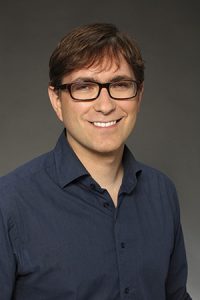 He decided the answer was to go into space with the family, perhaps not a surprising decision for a father-to-be who grew up interested in science and space, visiting New York City’s American Museum of Natural History often, and even participating in a children’s space workshop at its Hayden Planetarium (which he enjoyed so much he still retains the workshop graduation certificate).

“It came from a place of fear,” Paladino said, “but went to a place of excitement and hope.”

Miles from Tomorrowland follows the adventures of the Callisto family, who live on a spaceship called the Stellosphere, from which the parents work for the Tomorrowland Transit Authority. Miles is a curious, slightly reckless, enthusiastic 7-year-old; Loretta is his 12-year-old sister, a technology whiz and coding genius; Phoebe is their mother, a scientist who is the ship’s captain; and Leo is their father, a scientist who is the ship’s engineer.

“It may be called Miles From Tomorrowland, but it’s about the whole family,” said Paladino.

Paladino and Wessen strive to present STEM content in the show, which was developed with extensive input from scientists and engineers, including John Spencer, a space architect/designer; Yvonne Cagle, a scientist, physician, and NASA astronaut; Rachel Blum, a Google engineer; and people at Google’s “Made with Code” initiative to empower young women in middle and high school with computer programming skills.

“I’m a space weenie,” said Wessen, who has worked at JPL on the Voyager, Cassini, and Mars programs. “My job is to put as much science in as I can, without killing anybody. All the scientists we talked to were inspired to go into science because of TV shows and movies they saw as a kid. The show is a great framework for learning about science. The trick is, it’s all about the story. I don’t care if they don’t get it, but I want to introduce them to terms and concepts that will blow them away.”

(In a delightful nod to adult viewers, many of the recurring characters on Miles from Tomorrowland are voiced by actors from science-based films and shows embraced by earlier generations, including George Takei, Mark Hamill, Wil Wheaton, Whoopi Goldberg, LeVar Burton, and Bill Nye.)

Paladino, as the series’ creator and executive producer, focuses on developing interesting, exciting, adventurous stories that will draw children in and then works with Wessen on getting the science right, making episodes that hold kids’ attention and provide opportunities for wonder.

“I wasn’t good at science, and I drifted to the arts. I’m glad the ‘A’ was added to STEM, because for me the arts were a way into science,” Paladino said. “With the show, we tell stories about Miles and Loretta in situations kids can relate to, but translate it to outer space.”

Paladino and Wessen shared some examples of how the exciting, fictional stories on Miles from Tomorrowland are rooted in science but retain a wonderful fictional license in order to appeal to children’s love of fantastic tales.

There’s an episode with Miles preparing breakfast for the family: pancakes. Pancakes flipped in space, of course, would float and Miles could chase them around, trying to catch them. But after reviewing that script, Wessen pointed out that the characters are actually in an environment with one-third of the Earth’s gravity, so the pancakes wouldn’t float. “That was a case where, you know, the science was hard to justify.” So, in the next version, Miles was made to accidently add “propulsion powder” to the pancake batter, which had the impact of producing flipped pancakes that then zoomed around wildly. A typical Miles adventure. 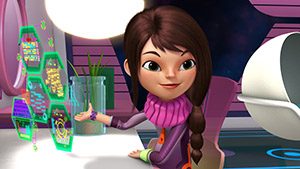 In an episode focusing on young Loretta’s solving a problem by writing a computer program, the script was revised after input from software engineers and code writers. They pointed out that Loretta’s efforts were flawless, working beautifully, when in fact code needs to be revised extensively before it actually works. The computer scientists made the writers re-do the episode in order to show the crucial usefulness of failure and persistence.

There is also an escaped-animal episode, which many television programs have featured. Only on Miles from Tomorrowland, Paladino wrote it as a tardigrade (a micro-animal colloquially called a “water bear.”) Although the tardigrade was improbably the size of a pony when it got loose from the space station, the escape was an opportunity to explain that tardigrades are a super-hardy species that can survive the vacuum of open space and solar radiation for a time.

“We take a real science fact and twist it and make it fun,” Paladino said. “We want to inspire kids to explore more,” Wessen added.

Indeed, the show’s characters and fun, science-based plot lines have proved to be a great launching point for programs at several science centers, as described by members of the panel.

“We set up the experiences in our little kidspace gallery as “Miles needs help with new gadgets,” said Jennifer Barlup, director of floor experiences. The activities helped stoke invention and design skills within the context of imaginative space adventures.

“It was exciting to see kids interacting with the show but not watching TV,” she said and also noted that children’s fathers were participating in these early childhood programs more than they had in the past.

The programs have also been rewarding to develop when thinking of the long arc formative experiences can have. “What if the first person to walk on Mars is getting their start now watching this show?” she said.

At the New York Hall of Science

NYSCI’s Little Makers gallery served as home to a series of activities related to the show, and hosted a splashy kick-off event for the program with the local community. The event included opportunities to experience new technologies, including virtual reality and 3D printing, and to meet Miles from Tomorrowland voice actors, including Bill Nye, as well as NASA astronauts “who really got into launching stomp rockets with the kids,” said Janella Watson, director of early childhood education.

“We seated the program in our early childhood spaces and environments and targeted that audience,” Watson said. “Although science centers invite learning at all ages, we often underestimate how capable younger kids are at science learning, and we often don’t give them opportunities to exercise their own ideas. It’s often the idea of the teacher, not activating ideas of the kids.”

Using Miles from Tomorrowland as a springboard, NYSCI hoped to model active problem solving among young visitors, a behavior in which the show’s young protagonists are often engaged. “If they’re not future scientists, at least they’re becoming future problem solvers and thinkers,” she said.

“We saw them verbalizing their design thinking and the play that followed the construction of their Miles from Tomorrowland gadgets. They were immersing themselves in the language and nascent vocabulary that comes along with exploring something new. If you facilitate in an early childhood space, you learn pretty quickly that they’re good at storytelling. It was fun to see the kids create the stories behind the things they’re building.”

At the Saint Louis Science Center 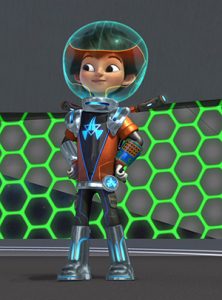 “We had maker activities where kids could build different things around the Miles story and do the Miles technology,” said Christian Greer, SLSC’s chief education and experience officer. In the Discovery Room, this included children crafting their own Bracelex and Laserang, fantastical accessories that feature prominently in the Miles universe. Some of the behaviors were surprising. “Many kids decided—after all their time building them—that they wanted to leave them behind in the gallery and have them hung up for other kids to get inspired.”

Greer also related the story of what happened during an event featuring a special guest, NASA Astronaut Michael Massimino. An enthusiastic proponent of kids’ science activities, Massimino—dressed in full flight suit—was actively engaging visitors in a rocket-launching activity. A young child pushed the astronaut out of the way and boldly announced, “I know how to launch a rocket.”

“It encapsulated the ideal of empowerment and the ideas that children bring to the table,” said Greer. “Ideas from the show are what they’re adding to their framework for learning about space.”

The impact of Miles from Tomorrowland is also felt around the world. Paladino shared a recent tweet he’d received from a preteen in Malaysia, who had built his own version of a Blastboard like the one Miles has. (“It’s a type of hovering skateboard, like in Back to the Future II, which I always wanted,” Paladino explained.) The boy’s engineering project was made with magnets, and he even sent Paladino a video of his team of 12-year-old scientists, who’d all been tinkering around and come up with their version.

Tim Ritchie, president and CEO of the Tech Museum of Innovation in San Jose, California, found this Signature Series presentation enlightening. “Science centers are great at words and data, but not great at other ways of knowing. This was a good example of a full-fledged type of engagement, with emotions and other engagements that we need to be better at,” he said.