Lessons learned from a COVID summer 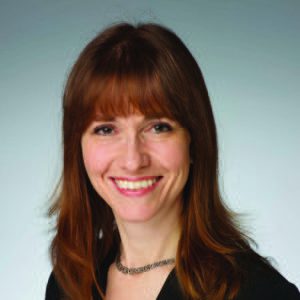 The variety of activities ASTC members conducted in the summer of COVID-19 have provided valuable lessons for all members of the ASTC community. With a bit of time to reflect on successes and not-so successful activities related to summer camps, a few U.S. ASTC members were willing to share their perspectives on what worked, what didn’t work, and how they’ve been able to use lessons they learned during summer camp programming for reopening or other activities throughout the year.

No one planned for a pandemic stretching through the summer. In early and mid-March, all U.S. ASTC members shut their physical facilities to the public in response to a rapidly growing number of COVID-19 cases in the United States, even as they continued to engage their communities virtually (worldwide, all U.S. member science centers and museums were closed to the public for extended periods during 2020). By late spring, nearly all were still shuttered, though a few were providing crucial services to their communities, such as food assistance, farmers markets, and onsite childcare for the families of essential workers. As summer approached, ASTC members across the country planned for summer camp, hoping for reopening but preparing for a variety of scenarios.

Many ASTC members shared their summer plans and collaborated on strategies in ASTC’s Re-think, Re-frame, Re-open virtual discussion series. Summer camp planning varied among members, from all virtual to hybrid to fully in-person camps. The plans differed greatly by the location of the facility, risk to the community and staff, local needs, and other factors. ASTC connected with several U.S. members to learn about their experiences with summer camp, what they learned, and how they’re capitalizing on what they learned.

With the decentralized approach to the pandemic in the United States, ASTC members found themselves following guidance from officials at different levels regarding summer camps. Some decisions were made by governors, while others were left to cities, regions, and even individual institutions. The three different versions of camps below were all held in accordance with state mandated COVID-19 safety guidance in effect at the time.

The same, but different

The Great Lakes Science Center, in Cleveland Ohio, served as a trailblazer for its community, opening to 1,100 campers for 12 weeks of in-person camp. The center spent just two months planning for the highly sanitized, socially-distanced camp season and met with resounding success. “It gives me great joy to tell you that not a single staff member or camper fell ill throughout the entire summer,” said Scott Vollmer, vice president of STEM Learning at the Great Lakes Science Center.

One thing that helped ensure the public’s general confidence in the camp, says Vollmer, was his personal introduction to the parents of new campers each week. “I made a point to meet every family upon arrival for the required health screenings and to assure them that they were leaving their children in capable hands. That interaction and openness to having a conversation with every individual led to many families choosing to sign up for extra weeks as the summer progressed. We knew we had to earn the trust of our families every single day for the program to continue to be successful. One misstep would be disastrous for the entire program.”

Some challenges the camp faced were obtaining “higher amounts of consumable supplies given that we were supplying each camper with their own materials to eliminate the potential for cross-contamination,” and the lack of certain supplies due to COVID that required last-minute adjustments to the curriculum, said Vollmer. Revenue from this year’s summer camp was down from last year, as expected, but given the overall situation, “I am proud that we were able to bring in revenue from June through August.”

As a result of the lessons learned from hosting an in-person camp this summer, the center was able to open a new in-person program for students in the fall. The Learning Lab “offers working families the opportunity to send their children to the Science Center to participate in their online classes,” said Vollmer.

Fleet Science Center in San Diego, California, offered a modified version of their in-person camps plus a virtual camp offering. “Pre-COVID, we had planned on running nine weeks of camps with half-day and full-day options for families to choose from. As the situation progressed, we modified our camps, following the recommendations of the CDC [U.S. Centers for Disease Control and Prevention] and the California Department of Public Health,” said Andia Pebdani, Fleet’s youth engagement manager.

In addition to reducing the number of onsite weekly camps from nine to six, Fleet also reduced the number of students in each session and offered only full-day options. In addition, the center entered the brand-new territory of virtual summer camp programming with nine virtual camp sessions that were each a week long.

With no experience in virtual camps, the staff had to work very quickly to build the sessions, connecting across departments and conducting outreach to find out what might work. “Our education team was responsible for delivering content and running our camps, but contributions and conversations with other departments within our building were such an integral role in making our summer programming a possibility,” said Pebdani. In addition, “we surveyed families that had previously participated in our programs and asked how a virtual program would best meet their needs. The feedback we received helped to guide the decisions that were made,” she said.

Building on the feedback, facilitators developed new content such as videos that could be viewed at any time and prepackaged materials for activities. Campers met at specific times “to encourage engagement and socialization.” The result was successful—in no small part because of the social stimulation afforded the campers who had been homebound since March school closures. Families “were delighted that their students were able to interact with other students.”

The sessions sold out, but 40 students in a virtual class was a bit too many for meaningful engagement, said Pebdani. The class “became hard to control when it came to having discussions with students whose ages varied from first grade through sixth grade,” she said.

As a result of lessons learned from camps this summer, Fleet launched Distance Learning Hubs, where students can participate in distance learning for school and activities with Fleet science educators when they have completed their distance-learning school day.

Read Fleet’s full list of social distancing and other safety measures developed for summer camps and now in use for Distance Learning Hubs.

The Children’s Science Center in Fairfax, Virginia decided on a fully-virtual summer out of necessity. Not only were there tight restrictions in Virginia, but the center’s size made social distancing “quite difficult” said executive director, Adalene “Nene” Spivy. The center launched a pilot program in the spring so that staff could develop skills in virtual programming and the center could build a slate of “powerful testimonials,” said Spivy.

As a result, the center had a very busy and successful summer, with more than 500 campers—a revenue increase of 40 percent over a normal summer. This astounding feat for the summer of COVID-19 was achieved due to the fact that the small facility is normally only able to host 150 campers during the course of the summer. So pivoting to virtual programming was actually a boost for the center, as it allowed them to engage more campers. Dozens of videos recorded in the Lab were the focus of the STEM Virtual Camps, and families could also pick-up packets for home activities.

In addition, the center did in-person outreach, where possible. “We took our science on the road to deliver programs to the few organizations offering in-person summer camps in our area, for a socially distanced science show,” said Spivy.

Some lessons learned this summer include the necessity to guard against Zoom bombers, being flexible with the audience, and ensuring the proper number of staff for each online session. “Do your homework to set up your digital video conferencing platform to avoid cyberbullies. It’s worth spending more and upgrading to get the right platform,” said Spivy. Also, “we allowed siblings to share screens and buy extra camp kits for siblings. While it ultimately wasn’t the perfect experience for them to share, the flexibility got the audience in the (virtual) door, so to speak,” she said. And the center found that having two staff members on each call was essential, in order to effectively manage both the logistics and the program.

Now that kids are learning on screens for school, Spivy notes that there is less of an appetite for online programming outside of school time. The center is working on additional programming (“beyond purely virtual”), building on learning from this spring and summer. Spivy believes one key factor in ongoing success is to encourage staff to innovate. “Empower staff to be creative and have ownership in the new program development process; this is a great time for professional growth, trying out new programs that have never been done before,” she said.

We would like to know about all the innovative ways ASTC members continue to serve their missions and communities, including what you’ve learned to enhance virtual and in-person programs. Please share your story with us at info@astc.org and tag @ScienceCenters when you post on social media.