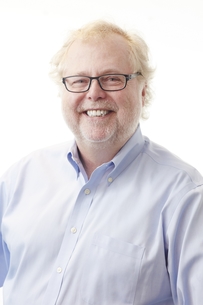 This interview appeared in the June/July 2019 issue of Dimensions magazine.

Nathan Myhrvold, Microsoft Corporation’s first chief technology officer, is an inventor, an entrepreneur, a mathematician, a scientist, and a chef. According to the New Yorker, Bill Gates once said, “I don’t know anyone I would say is smarter than Nathan.” Myhrvold  holds two master’s degrees (in mathematical economics as well as geophysics and space physics) and a Ph.D. in theoretical and mathematical physics. He has published original research in peer-reviewed journals in paleobiology, astronomy, and climate science, and he won the James Beard Foundation Award for “cookbook of the year” for Modernist Cuisine: The Art and Science of Cooking. He is currently working with other scientists on geoengineering solutions to reverse the effects of climate change.