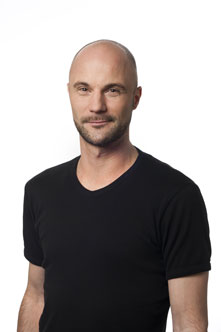 This interview appeared in the March/April 2014 issue of Dimensions magazine.

Angelo Vermeulen’s title is tricky to fit on a business card. He defines himself as an even combination of visual artist, scientist, and community organizer. Vermeulen completed his first Ph.D., on the deformation of teeth of nonbiting midges, at Belgium’s Catholic University of Leuven in 1998. (He is now at work on a second Ph.D. in starship design.) He also graduated from the city’s Academy of Fine Arts with a degree in photography. This combination of art and science has taken Vermeulen around the world—and nearly beyond—speaking at the TED conference in California, developing a community art project in the Philippines, and experimenting with food on the (simulated) surface of Mars. He chatted with Dimensions about his multifaceted career and endeavors, and how they someday might help sustain humankind.

Read the full transcript, or listen to the podcast below.