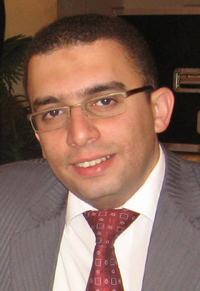 This interview appeared in the September/October 2011 issue of Dimensions magazine.

The deputy director of the Library of Alexandria’s Planetarium Science Center on global partners, local heroes, and surviving a revolution

Egypt’s cultural and educational institutions were not spared the chaos in the country early this year. Looters broke into Cairo’s Egyptian Museum and other sites during the revolution, stealing and smashing ancient treasures. Yet, thanks to an inspiring demonstration, the Planetarium Science Center (PSC) at the Library of Alexandria came out unharmed.