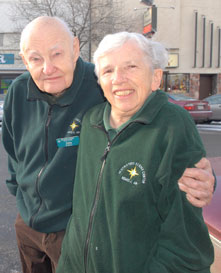 This interview appeared in the November/December 2012 issue of Dimensions magazine.

Laddie and Jim Elwell grew up in the Eastern United States with ready access to museums. When they noticed a lack of such resources near Bemidji, the small Minnesota town they now call home, the couple took action. This year Laddie and Jim are retiring as executive director and financial officer, respectively, of Headwaters Science Center (HSC), which they opened 18 years ago. They spoke with Dimensions about their grassroots effort and how ASTC has helped them along the way.