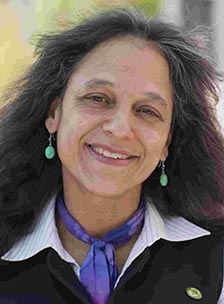 This interview appeared in the January/February 2020 issue of Dimensions magazine.

Nalini Nadkarni is an ecologist and professor at the University of Utah, a pioneer of treetop canopy research, a National Geographic Explorer, and an adviser for Mattel’s new line of Explorer Barbies. She has won numerous major awards, such as a John Simon Guggenheim Fellowship and an AAAS Public Engagement with Science Award. She is a fearless science communicator who has worked with prisons, pastors, physicians, policy makers, and more to engage all people in science and conservation.

Listen to the full interview here.