This interview appeared in the July/August 2016 issue of Dimensions magazine. 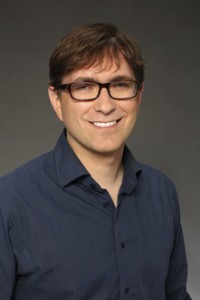 A seven-year-old boy, his tech-savvy big sister, and their scientist parents take on the universe in Miles from Tomorrowland, an animated series set in outer space. Creator and Executive Producer Sascha Paladino pitched the show to Disney in 2010, shortly after learning that he and his wife were expecting twins. Fearing that he might never take another adventure, Miles was Paladino’s way of asserting that the entire family can continue to explore together. The show also immerses kids in space and science, and encourages them to take part. Paladino chatted with Dimensions about blending science facts and fiction, as well as what he’ll share at this year’s ASTC Annual Conference in Tampa, Florida, in September.