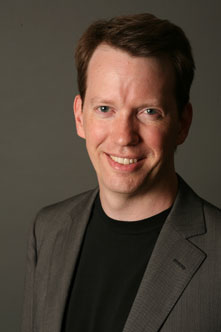 This interview appeared in the May/June 2014 issue of Dimensions magazine.

Ron Howard and Natalie Portman are among the Hollywood elite whose work has been influenced by Sean Carroll, theoretical physicist at the California Institute of Technology. Based in Los Angeles, Carroll counts working with television and movie bigwigs among his many extracurricular pursuits. The Science and Entertainment Exchange, a program of the (U.S.) National Academy of Sciences, links Carroll and other experts with entertainment industry figures who are looking to add a scientific dimension to their productions. In a recent discussion with Dimensions, Carroll recounted favorite moments from consulting on box office smashes, as well as the importance of adding elements of science to unexpected realms.

Read the full transcript, or listen to the podcast below.