The Fine Line Between Creating Curiosity and Creating Controversy 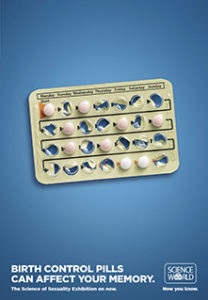 By Jason Bosher
From Dimensions
November/December 2015

You’ve probably heard the adage, “There is no such thing as bad publicity.” A study published in Marketing Science concluded, “Although negative publicity is not always a good thing, in some cases, negative can actually be positive” (Berger, Sorensen, & Rasmussen, 2010). As a science center, you want to pique interest and perhaps push your marketing comfort zone in order to create a buzz, but there are always risks when you push the envelope.

From May to September 2013, Science World British Columbia in Vancouver, Canada, presented an exhibition entitled The Science of Sexuality. The marketing campaign included radio and print ads, as well as a TV ad and some bus stop shelter posters. The marketing efforts were designed to be intriguing and even a little edgy, but not offensive or controversial.

The run of the exhibition went pretty smoothly, with mainly positive feedback, but in the last month, unexpected attention placed the exhibition in a whole new light.

The goal of The Science of Sexuality was to attempt to reach a new audience—teens—and present a sensitive topic in a frank and positive way. Key decision makers at Science World had seen the exhibition at the Montréal Science Centre in Quebec and immediately sought it out. Originally entitled Sex: A Tell-All Exhibition, it definitely had appeal. Appeal was important, but more important was the science content.

“We present science and technology that are important to our lives,” said Bryan Tisdall, president and CEO of Science World. “Not academic or theoretical science, but science that we use every day. This exhibition definitely fits with our mission and the direction that the organization is moving in.”

Although Science World wished to maintain the edginess of the exhibition, we also wanted the public to be aware that it was about science and sexuality, not sensationalism and sex, so we rebranded the exhibition as The Science of Sexuality.

To ensure that the exhibition was not offensive, Science World created an advisory committee that included representatives from the education, health care, and lesbian, gay, bisexual, transgender, and queer (LGBTQ) communities. The committee reviewed the exhibition content to ensure that it was inclusive and felt that it did not address the LGBTQ community well enough. Since the exhibition could not be altered, the solution was to create text panels offering additional information and links. In addition, Science World created complementary programming for teens and adults to add another layer to the overall exhibition experience. Although we were trying to attract a teen audience, we decided to extend the run of a family-friendly exhibition, Creativity in Motion, to give visitors with young children another option.

Print ads appeared in local papers and on buses showing essentially the branded exhibition logo and the exhibition run dates. In addition to these ads, Science World partnered with the creative agency Rethink Communications, who are known for their edgy promotions, to come up with bus stop shelter posters, radio ads, and a TV spot—Orgasms Can Kill Pain.

Rethink came up with three posters and the one about birth control pills made it into the bus stop shelters. “The campaign was always intended to be edgy and true to Science World, by finding interesting facts and showcasing them in a fun and interesting way,” said Carrie Panio, account manager at Rethink. “Controversial topics like sex will always bring an edginess to them whether you want them to or not. You can’t present interesting facts about sex and not have it be somewhat uncomfortable.”

The vendor in charge of the bus shelter posters decided not to use the two other posters, which highlighted the facts that orgasms can kill pain and that ejaculation can ward off colds, because unlike other mediums, you can’t switch off the shelter posters. They are in the public for all to see, and parents can’t control their children’s exposure to such ads. Science World respected that decision and those two posters were dropped from the campaign. (All the posters are available here.)

When the exhibition opened, there was very little controversy. For the most part, it was well received. But with only a month left in the exhibition’s run, news broke about a “controversial marketing campaign.”

The media world was suddenly buzzing with mentions of “banned” bus stop ads. The two posters not displayed in bus shelters first appeared on BuzzFeed. From there, they went viral. The phones at Rethink and Science World began ringing nonstop.

“We weren’t expecting that [the buzz of controversy] at all,” said Panio. “It wasn’t planned, it just kind of happened naturally, which is probably the better way to go.”

The barrage of media attention lasted about two weeks and resulted in 833,000 TV/radio mentions and over 3 million views on Twitter. People in 33 countries commented on the campaign through Twitter.

No one is sure how the ads were leaked, but as soon as the terms “racy” and “banned” were used in conjunction with them, word spread like wildfire. Many of the media mentions were straightforward reports (e.g., Judd, 2013; Kaszor, 2013), while others poked fun at the people who were “offended” by the ads (e.g., the Metro, 2013).

The exhibition itself didn’t seem to create much controversy. “A bit more controversy may have been useful,” joked Tisdall. “Perhaps we didn’t have much controversy because of the nature of our community, the reputation of our organization, and the fact that we did our homework before we opened.” Interestingly enough, the exhibition seemed to appeal to young couples in their 20s.

It was also interesting that the marketing “controversy” was spread through and covered by traditional media—print, radio, and TV. Although there were lots of views on social media (549,586 on Facebook and 3,379,406 on Twitter), very few comments were posted (992 on Facebook and 500 on Twitter).

“The internet community is more liberal and open to controversial exhibitions,” said Andre Coronado, digital communications coordinator at Science World. “The majority of negative comments to our exhibition and promotion were responded to by our local community, who defended us. Many of the complaints weren’t even from our key audience, but were from other countries entirely.”

The “controversial” bus stop ads did create media awareness and attention, so that aspect of our marketing campaign was successful, despite the fact that the posters were never placed in the shelters. Attendance figures at Science World did increase slightly after the ads went viral (average daily attendance increased 0.5% and numbers were 11.8% higher than projected), but the increase was not significant enough to attribute to the media attention on the bus stop campaign.

“Ultimately it was a great exhibition, quite successful, and I would do it again in a heartbeat,” said Jo-Ann Coggan, curator for The Science of Sexuality exhibition. “I think we learned a lot about how to deal with negative comments, how to get the attention of the media, and how people will come to see an exhibition that is ‘controversial.’”

“We wouldn’t hesitate to address potentially controversial topics,” said Tisdall. “Our objective is to create scientifically informed discussions. There’s no need to shy away from these topics. If it is mission related and contains sound science, we have a responsibility to bring these exhibitions to the community.”