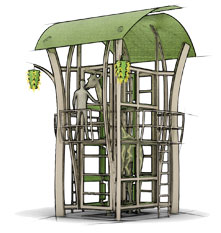 This is an extended discussion of the question that appeared in the Viewpoints department of the March/April 2015 issue of Dimensions magazine.

Denver Zoo recently completed its first crowdfunding initiative for a veterinary device for our giraffes. We feel crowdfunding was a useful tool to market this project and get more than 40 first-time donors to support our organization. We now hope to develop long-term relationships with these new donors.

We received more than 160 gifts amounting to over $62,000 on a $60,000 goal (104%). However, many of the donations received, and especially those of larger dollar amounts, came from direct individual solicitations. Our crowdfunding platform allowed us to add these gifts into our campaign total.

To ensure our success, we developed a clear and consistent communication plan, both internally and externally. A local newspaper and television station featured this campaign. The campaign timeline was short and only for this project. If we had not reached our goal, we would not have received any of the gifts pledged, so a longtime donor to Denver Zoo agreed to make up any shortfall in the campaign.

I think it depends on the project. Exhibits, I don’t see why not, especially if your exhibit is fresh and innovative. These crowd funding platforms are a good way to get the news out to the world, even if a donor won’t be able to be a user. I recently pledged a few bucks toward a pool that will sit in a New York river…that I will most likely never see. Why? Because I thought it was an innovative idea that was awesome.

Just because you’re an established brand doesn’t mean that you shouldn’t look at Kickstarter-style funding, especially for the public phase of your capital campaign. Nothing says you have to fund the whole project this way.

Events…that’s questionable. I am not inclined to give to an event I can’t go to. But if I donate to something more permanent like an exhibit somewhere else, then there is a chance that one day I will see it in person.

We actually tried an Indiegogo for our Mini Maker Faire this past September. We had about 15 donations come through. Not close to our goal, but more than we may have initially thought.

By the time you pay the campaign fee back you are better off hosting it on your own…and then you’re just asking for donations the old fashioned way.

Absolutely. Crowdfunding is a great way to try something new, engage the community, and get people excited about your program or exhibit. The caveat to that is that crowdfunding is similar to a capital campaign. It takes time and resources, and you need to have one-third of your funding when you start in order to gain traction.

The concept behind a successful campaign is that the donors feel they can make a difference. An engaging campaign encourages contributors to develop a sense of ownership of the project so that they will want it to succeed. That is why it is important to keep the campaign short, have affordable levels for perks, have momentum going into the campaign, and create awareness through marketing and social media.

Sure! The more fundraising opportunities, the better. Plus, marketing it as a way to involve the immediate community for their science center doesn’t hurt, right?

About the image: Denver Zoo ran a successful crowdfunding campaign for a veterinary device for its giraffes. Image courtesy Denver Zoo