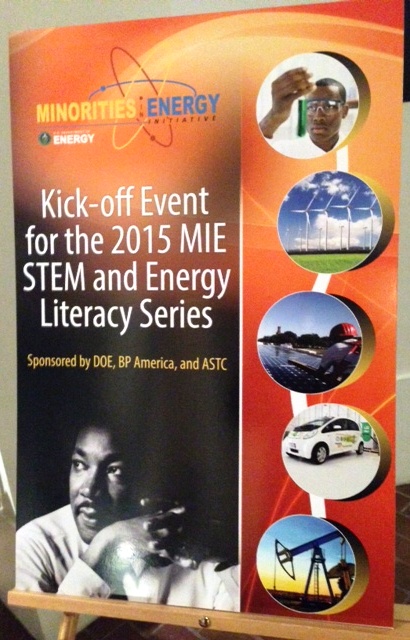 As communities across the country celebrated Martin Luther King, Jr. Day on January 19, 2015, ASTC teamed up with the U.S. Department of Energy and BP America to host a kickoff event for the 2015 Minorities in Energy (MIE) STEM and Energy Literacy Series. The MIE initiative seeks to inspire youth from underrepresented communities to pursue careers in energy and support their advancement to leadership positions. Historically, minorities and women have been vastly underrepresented in science, technology, engineering, and math (STEM) fields, which are a major force behind the energy sector. In cooperation with the DC Public Housing Authority and DC metro-area communities, nearly 200 attendees participated in the event at the Smithsonian Institution’s Ripley Center on the National Mall.

The day began with inspirational words from The Honorable LaDoris G. Harris, Director of the Office of Economic Impact and Diversity at the U.S. Department of Energy (DOE), plus DOE, BP, Corporation for National Community Service (CNCS), and ASTC executives, and quickly moved into a lively science festival as attendees spent the morning building electric circuits, running super computers, creating endothermic and exothermic reactions, and exploring other hands-on energy activities. The activities were presented by local scientists, DOE staff, and the Maryland Science Center, Baltimore. 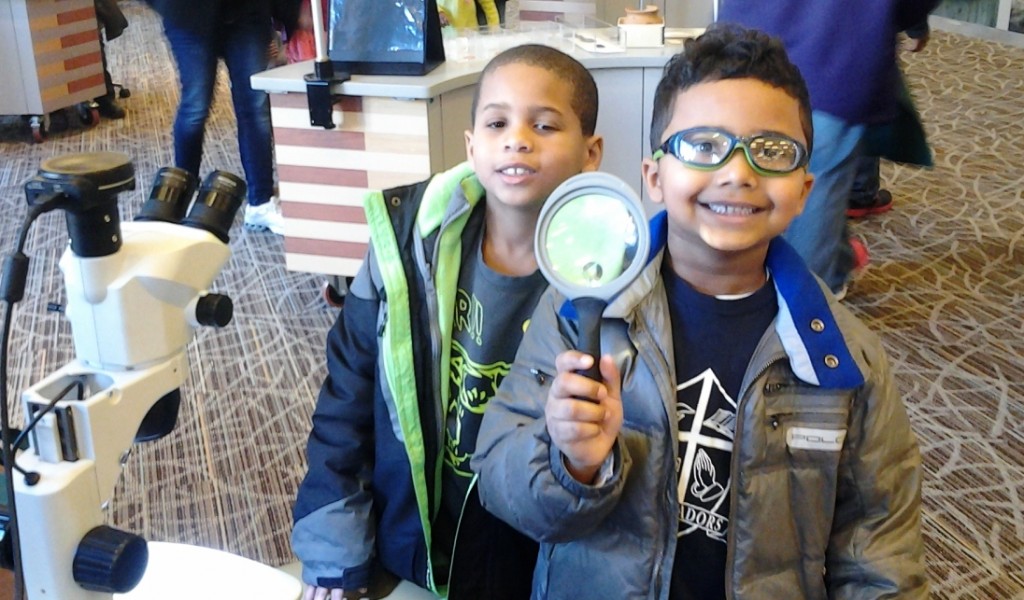 During the second half of the day, attendees strolled across the Mall to the Smithsonian Institution’s National Museum of Natural History, where participants explored the   Q?rius Center and viewed an IMAX movie. The goal of this event was to connect youth with science, spark new interests, and remind the participants what they can do with a dream and strength of character, a point central to Dr. Martin Luther King, Jr.’s beliefs.

This event was hopefully the first of many. ASTC and the DOE plan to launch similar events in science centers in cities across the U.S. If your institution is interested in hosting a future event as part of this series, please contact Ann Hernandez at ahernandez@astc.org. 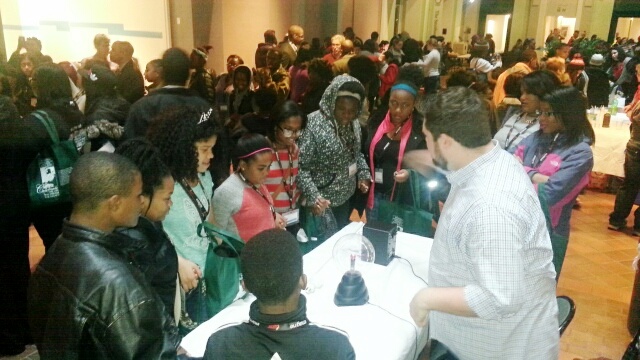