ASTC is delighted to announce the recipients of the 2015 Roy L. Shafer Leading Edge Awards. The “Edgies” recognize exemplary accomplishments during the past three years. This year, the jury awarded sixEdgies: one for Business Practice, two for Visitor Experience, and three for Leadership in the Field (one for executive leadershipand two for nonexecutive leadership).

Awarded to Carnegie Science Center, Pittsburgh, for the Carnegie STEM Excellence Pathway, a process by which school systems, individual schools, departments, or individual teachers can improve their science, technology, engineering, and math (STEM) education practices through a collaborative approach. The pathway focuses on continuous growth and long-term strategic goals. Pathway Partners can continuously evaluate their practices using a rubric tool at STEMisphere.org/pathway. In the first year, 137 schools and districts in nine states and the District of Columbia have become Pathway Partners, reaching over 2,000 schools and 2.1 million students. The pathway has not only created a funding stream for the science center but has also met community needs. The jury praised the pathway’s wide reach and realistic approach in helping integrate the goals of both science centers and museum and one of their main stakeholder groups.

Awarded to Kansas City’s Science Center, Science City, Missouri, for its successful transformation in recent years. By focusing on regional educational priorities and partnering with local businesses, the science center has transformed more than 50% of its space over the past three years. Community validation has come in the forms of increased revenue, attendance, reputation, and visitor satisfaction. One prime example of programming that promotes experiential learning and community investment is the Burns & McDonnell Battle of the Brains. This competition, open to local elementary and secondary schools, challenges all students to design and inspire new exhibits and experiences for the science center. The jury found how Kansas City’s Science Center, Science City changed its perception in the community and developed a model of long-term success to be inspirational to other institutions.

Awarded to Norsk Teknisk Museum, Oslo, Norway, for TING—Teknologi og Demokrati. This exhibition celebrates the 100th anniversary of the museum’s founding and the Norwegian Constitution by hosting debates exploring the relationships between technology and democracy. In ancient times, the word ting described a communal gathering for discussion, often in a circular space with a table at the center. TING brings the public to a circular table to engage in discourse about controversial tings (“things”) representative of technological impacts on Norwegian society. Visitors are immersed in an audiotechnological presentation of each ting. They then participate in a moderated discussion and cast their votes with wooden blocks. TING demonstrates the museum’s role as a space for public discourse and inspires visitors to take an active role in community decisions. The jury was incredibly impressed by the exhibition’s concept, integrating past and present venues for community dialogue with past and present technological objects that have impacted society.

Leading Edge Award for Leadership in the Field (Executive Leadership) 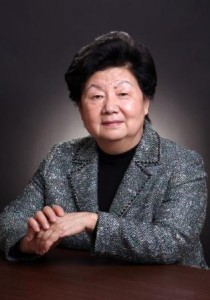 Awarded to Huanchen Zuo, board chair of Shanghai Science & Technology Museum (SSTM), who is China’s first Edgie recipient. Zuo has led various initiatives to promote science education that have advanced SSTM’s global reputation and extended its reach. For example, Enjoying the Sunshine of Science invites 5,000 children of migrant workers to the museum annually, and the Mobile Science Museum brings the museum to Chinese rural areas. Zuo’s dedication to youth education led to the Future Science Star competition and the Shanghai Science Education Innovation Award. Zuo has strengthened cooperation between local government leaders to open a new Shanghai Natural History Museum as a branch of SSTM. Additionally, she has collaborated with organizations abroad to launch the annual Global Natural History Day and Shanghai International Nature Conservation Week. The jury honored Zuo for her visionary leadership and initiatives that will truly change the lives of rural youth in China.

Leading Edge Award for Leadership in the Field (Nonexecutive Leadership) 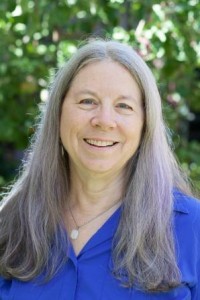 Awarded to Marilyn Johnson, recently retired science director at the Oregon Museum of Science and Industry (OMSI), Portland. In over 19 years of service, Johnson has led several projects that engage underserved communities, including Latinas en Ciencia, and the Science, Technology, and Rural Students (STARS) project, which won a 2007 Edgie for Visitor Experience. Johnson’s efforts to advance diversity extend beyond OMSI to her work with the Nanoscale Informal Science Education Network (NISE Net), Girls RISE (Raising Interest in Science and Engineering) Museum Network (Girls RISEnet), and Science Museum Exhibit Collaborative. Her dedication to inclusivity has left a lasting impact, not only on OMSI but also on the entire informal science education (ISE) field. The jury recognized her pioneering work in diversity that has had a lasting impact on her institution and the field. 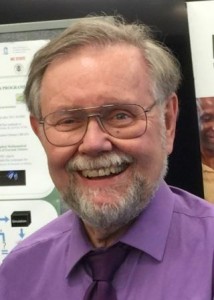 Also awarded to Larry Bell, senior vice president, strategic initiatives, at the Museum of Science, Boston. Bell’s leadership has impacted the ways in which visitors engage with science across the science center field. At his own museum, Bell implemented a strategic exhibit plan, Science Is an Activity, which took constructivist approaches to offer visitors practice with science thinking skills. He later launched Forum programs to engage the public in dialogue about societal impacts of science and technology, and the public’s role in public policy. Bell is the principal investigator (PI) of the NISE Net, a National Science Foundation (NSF)–funded initiative that built the field’s capacity to partner with researchers to engage the public in cutting-edge science, engineering, and technology. Under Bell’s leadership, the NISE Net has grown to include 350 ISE organizations and over 200 university groups. The jury recognized his tireless, forward-thinking leadership that has nurtured growth and collaboration in the field like never before.