On Saturday, March 7, ASTC on Air spoke with Violeta Anaya, a wildlife biologist working in Mexico who is also the first “FabFem” role model outside of the United States. Watch the recording below.

FabFems are women in science, technology, engineering and mathematics (STEM) professions who provide inspiring role models for young women through STEM activities, speaker engagements, field trips, and more throughout the United States . . . and now in Mexico; the program is an initiative of the National Girls Collaborative Project.

Anaya discussed her doctoral research on human-wildlife conflict, interest in using the arts to share scientific information, commitment to encouraging the next generation of women scientists, and more.

The conversation took place at Universum, Museo de las Ciencias in Mexico City, with an audience of 200 young girls who had the chance to talk with her afterward. The event was scheduled in conjunction with the March 8 International Women’s Day, but also on a Saturday, so that the girls can participate. 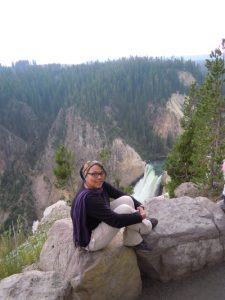 I’m a biologist focused on natural resources management and wildlife conservation and have worked in the private sector as an environmental impact assessment specialist. I always have been interested in science; since childhood I’ve always been looking for ways to satisfy my curiosity about the world and all its creatures. I’m a biologist because, to me, this was the best way to know and understand those things. When I was in university, I realized that not all women have access to education or science. I realized also that we need to create some strategies to generate interest in science and technology because in Mexico people think that science is only for “very smart people” or “rich people.”—Violeta Anaya

ASTC on Air is an online series featuring interviews with people—from both outside and inside the science center and museum field—who are doing work that is relevant and interesting to informal science and museum professionals.