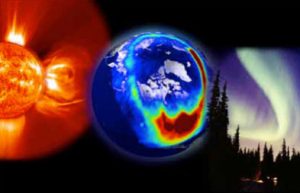 Last Friday, NASA’s Office of Education released an announcement for its 2017 Competitive Program for Science Museums, Planetariums, and NASA Visitors Centers (CP4SMPVC), presenting a funding opportunity that may be of interest to U.S. science centers and museums. A summary of important points is below.

Proposals are due June 19.

See the link above for full eligibility requirements and other limitations; check back weekly to learn if amendments or frequently asked questions have been added. Amendments and FAQs also will be announced via the NASA Education EXPRESS listserv; click here to subscribe.

Click here for the slides from an informational teleconference held on Monday, April 10. 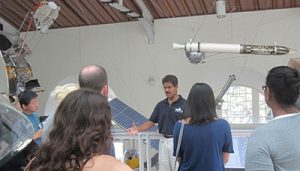 Ascent to Orbit, a professional development program for educators at the California Science Center in Los Angeles

Examples of eligible projects include

All proposals will be submitted electronically via the NASA proposal data system NSPIRES or Grants.gov.

“Funding from NASA’s CP4SPMVC program allowed us to develop a planetarium show called “Sunstruck” that has been shown in more than 30 states and 20 countries around the world,” writes Seun Phillips, vice president of education and engagement at the Michigan Science Center in Detroit. “The show teaches about the wonders of our sun and how the incredible energy that has supported life for millennia is now threatening our technology and way of life. NASA funding also allowed us to build two exhibits, both of which serve approximately 165,000 people per year. NASA supplies us with educational materials, which we share with the next generation, hoping that they will be inspired to think more deeply about how to protect the Earth as a whole and to think about what lies beyond the Earth.” 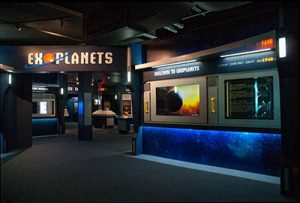 Exoplanets Exploration exhibition at the Boonshoft Museum of Discovery in Dayton, Ohio

“With a NASA CP4SMPVC grant, we were able to create the 2,000-square-foot permanent exhibition Exoplanets Exploration for a target audience of ages 12 and up,” says Mark Meister, president and CEO of the Boonshoft Museum of Discovery in Dayton, Ohio. “It utilizes hands-on, auditory, visual, and kinesthetic interactivity in its various exhibit components, through which visitors gain a basic understanding of the techniques that scientists use to search for planets around distant suns.”

“This NASA funding for STEM Satellites is enabling the Orlando Science Center to provide enriching educational opportunities for chronically ill children at Central Florida hospitals,” said JoAnn Newman, president and CEO of Orlando Science Center. “We are designing three unique NASA-themed mobile exhibits in partnership with planetary science experts and education researchers at the University of Central Florida and BASE Camp Children’s Cancer Foundation. Our mobile exhibit carts will bring stimulating and informative activities directly to a child’s hospital room. All exhibits will be developed with content from the NASA Science Mission Directorate and contain information and activities relevant to current and future NASA missions. Thanks to NASA’s funding, our project will help these young patients reach for the stars and enjoy hands-on science exploration during their hospital stays.” 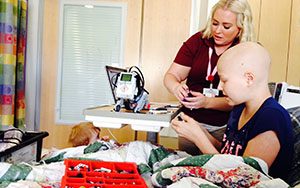 STEM Satellites is a mobile math and science initiative of the Orlando Science Center, taking exhibits and activities into all the children’s hospitals in the region.