ASTC on Air made an exception to its rule of interviewing guests from outside the science center field for this first edition of 2016. Indeed our guest Caren Cooper works in a museum, but she built her expertise on citizen science long before joining the North Carolina Museum of Natural Sciences. Today she is considered as one of the key figures in the development of citizen science. For those of us looking for new ways to engage the public with science that include a significant demonstration of what the scientific method is, citizen science is becoming an increasingly used tool, and its importance continues to grow. Time for us to hear first-hand what we can expect in the near future. 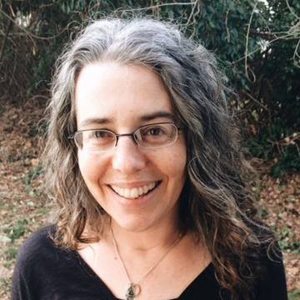 For 14 years, Cooper helped design several citizen science projects at the Cornell Lab of Ornithology including My Yard Counts, YardMap, NestWatch, Celebrate Urban Birds, and the House Sparrow Project. Cooper has over 50 publications, including research papers that relied on data from NestWatch, Project FeederWatch, Christmas Bird Count, Breeding Bird Survey, and My Yard Counts. Cooper also collaborates with social scientists to study birdwatchers and citizen scientists to understand land stewardship and conservation behaviors, as well as the societal implications of participatory research. She was involved in the formation of the Citizen Science Association, leading the committee to create a new journal, Citizen Science: Theory and Practice and is a co-editor-in-chief for the inaugural issue. Cooper is writing a non-academic book about citizen science with The Overlook Press (distributed by WW Norton). Cooper is a blogger with SciStarter, syndicated to Citizen Science Salon at Discover Magazine and Citizen Sci in the PLOS Blogging Network. Cooper is founder and moderator of Twitter-chats about citizen science (#CitSciChat), sponsored by SciStarter. She can be followed on Twitter @CoopSciScoop.