Best Wishes for an Astronomically Successful 2018 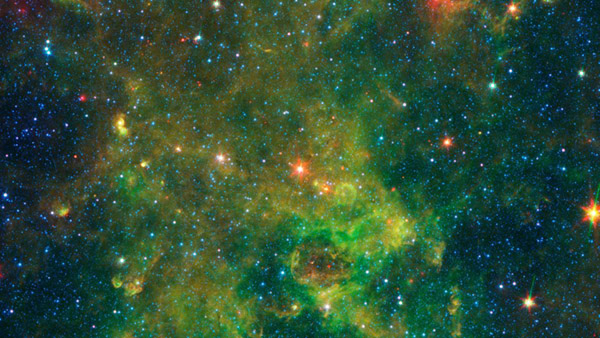 From the Association of Science-Technology Centers

The bright red spot is a star that is full of surprises. Called IRAS 19312+1950, it has characteristics of a very young star and a very old star. Scientists believe the object is a newly forming protostar, which was unexpected because its region of the Milky Way had not been known as a stellar nursery before. (Photo: JPL, NASA/JPL-Caltech)