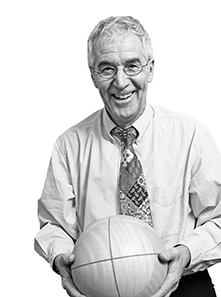 We are sad to report that Remo Besio, director of the Swiss Science Center Technorama, Winterthur, from 1990 to 2008, died of cancer on March 14 at the age of 75. The following tribute was written by his friend Joe Ansel. Friends and colleagues are invited to share their memories here.

Remo Besio, my friend for nearly three decades, died Monday, March 14. Remo was a remarkable and kind man. While obviously his family and some of his friends knew him much better than I did, I’m in a good position to comment on Remo’s professional work and the positive and enduring legacy he has left us.

I first encountered Remo in 1988. He was an assistant director at the Swiss Science Center Technorama in Winterthur and visited the Exploratorium in San Francisco, where I worked, to get ideas for his museum. Remo immediately grasped the value of interactive exhibits, interpretive programs, and the connection between art and science. He also quickly came to understand the host of problems that accompany creating and managing an educational institution with a creative core.

By 1990, Remo had become Technorama’s executive director and, with a core crew of less than 50 people, he began to transform Technorama from a sleepy technology museum to the dynamic institution it is today.

What made Remo the perfect director for his time?

In addition to his unbounded energy, astounding breadth of interests, and understanding of and respect for science and technology, Remo understood creative people and the things they make. He intuitively grasped the value of art and engaging exhibits. Accordingly, in addition to creating his own upgraded versions of “tried and true” exhibits at a record pace, Remo made Technorama a haven for creative types. For example, the artist Trimpin created a sound sculpture using water drops at Technorama and sometime later, with considerable help from the staff at Technorama, the artist Ned Kahn built his first Fire Tornado for display at Technorama. Both Ned and Trimpin would become future MacArthur Fellows, but Remo discovered them first; he had an eye for the new and those who could create it.

Remo was an exceptional leader. While he was demanding, decisive, and at times overly detail oriented in pursuit of quality, he was rarely unreasonable, remained approachable, and when occasionally proven wrong, he admitted it. Most of the time, however, when it mattered, he had already made the right decision in a timely fashion. Remo did not delay or defer. Although talkative, Remo was also a good listener . . . in all of four languages. While I don’t believe he enjoyed fundraising and the politics that all directors must deal with—for his heart was in the exhibits and the visitor’s experience—he did such work well and earned a place for Technorama in Switzerland’s cultural scene.

Most days, staff at Technorama would have coffee and pastries around 10:00 a.m. and during the coffee break, sometimes Remo would serve as a receptionist and answer Technorama’s general telephone line. He spent considerable time with the general public on the exhibit floor and in the various labs; he remained in touch with his staff, his visitors, and the numerous stakeholders in Winterthur and Switzerland. The simple fact I’m writing this demonstrates that Remo Besio had deep international connections in the science center world as well. Remo was connected.

He was in touch and quickly so. Before email, when faxes made international communications easily possible, I always knew Remo would reply overnight or sometimes immediately. Like most productive executives, Remo worked long hours, prioritized his work, and maintained momentum throughout a project. Accordingly, as executive director, from 1990 to 2008, Remo dramatically expanded Technorama’s exhibit collections, programs, physical building, and attendance. In essence, Remo Besio, during his tenure, established Technorama as one of the world’s leading science centers. In my opinion, in terms of numbers and quality, today Technorama has the best interactive exhibit collection in the world.

Remo’s influence on the science center scene also includes early planning and considerable consulting work on Phaeno in Wolfsburg, Germany; Copernicus Science Centre in Warsaw, Poland; and various projects in Russia. In February 2010, after his retirement from Technorama, Remo returned to the Exploratorium to consult with the science center under the Osher Fellowship program. Even in his “retirement,” Remo stayed in touch and involved.

Professionally, Remo was extraordinary, but personally he was fun and we got along very well. In part because of Remo, I started piano lessons just over two years ago. While Remo was a concert pianist of considerable talent he offered me—the plinking beginner—an abundance of support and encouragement. He loved music; it was part of him. He appreciated art. He also loved to teach and learn. Remo was a complete man.

Remo Besio walked life’s path well; he lived a productive, rich, good life. He was a good father, husband, and friend. This is our sole consolation upon his passing for he will be deeply and forever missed.