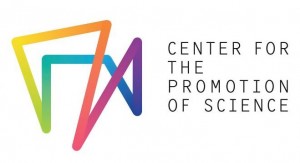 Mission: To popularize and promote science, to develop scientific literacy, promote the idea of a knowledge economy, and encourage young people to opt for the path of science.

The Centre for the Promotion of Science, located in Belgrade, Serbia, is operated by the Serbian government as a driving force to increase science access and literacy. The Centre currently operates in various locations and with travelling programs all over the country, but is in the process of opening a dedicated space that will include exhibits, a planetarium, labs, conference space, and lecture rooms. The new space will be the largest science education facility in the region with over 161,000 square feet, including more than 32,000 square feet of permanent exhibition space.

The Centre also regularly participates in local programs, such as science festivals, Researchers’ Nights, during which scientists and the public meet to share recent research and developments, and book fairs.

Learn more about the Centre for the Promotion of Science by visiting www.cpn.rs/?lang=en.