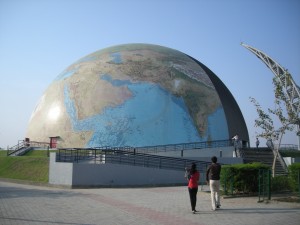 Mission: The popularization of science to create scientific temper in the community to promote knowledge-driven economic growth.

Opened in 1960, Gujarat Science City is an initiative of the Gujarat Government, built with the goal to provide both education and entertainment while creating meaningful experiences and activities with contemporary, hands-on exhibits, all to increase understanding of and engagement with science. The six main areas of the complex include:

In addition to the myriad number of exhibits, Gujarat Science Park also hosts many “science popularization activities” and programs, such as a Science Olympiad club and a popular science lecture series. To compliment all of these programs, the science center also has an IMAX theater, amphitheatre, and simulator.