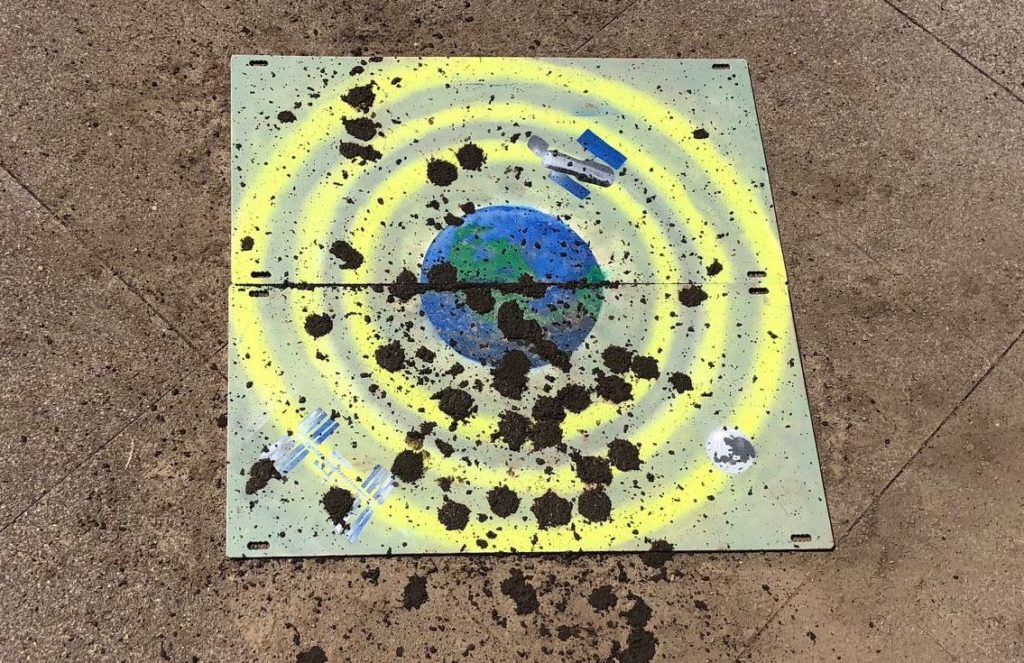 Visitors to ECHO, Leahy Center for Lake Champlain, celebrated Earth Day by learning about the composition of mud and then practiced throwing mud-balls from ECHO’s upper deck.

While every day is Earth Day, April 22 marked the official annual celebration of this planet we call home. Citizens across the globe celebrated the day by bringing awareness to environmental issues and promoting earth-friendly activities. Many science centers and museums also joined in the Earth Day celebrations with themed activities, programs, and events throughout the day.

At ASTC-member organizations, Earth Day activities ranged from investigating the composition of mud while flinging mud-balls from new heights; planting seeds and making take-home seed bombs; upcycling crafts with recycled and repurposed materials; learning about solar and wind energy, as well as the effects of climate change; designing nature journals and exploring the great outdoors; and much more.

For a fun snapshot of all the many Earth Day celebrations, take a peek below at what science centers and museums were up to this year.

To celebrate #EarthDay, we made upcycled Earth-shaped #crayons from broken crayon pieces in the Art Lab. They were so pretty we had to share w/ our guests! We also encouraged them to try to upcycle some crayons at home. Reduce, reuse, recycle! #rva #museumfun #upcycle pic.twitter.com/PMd0LtB2ZL

Today we’re Celebrating Planet Earth! A series of special programs that highlight this year’s #EarthDay movement to take care of our planet. pic.twitter.com/CPSb9JudLK

Happy Earth Day! We’re having fun with a grocery game, and getting the buzz on bees with presentations from the Toronto Beekeeper Collective. Join us! #ProtectOurSpecies #EarthDay2019 #earthday #OntarioScienceCentre pic.twitter.com/vVCHdqgpF8

In recognition of #EarthDay, Imagination Station Toledo will be open today from 10am-5pm and visitors are invited to take part in our Upcycling Celebration.🌎

Upcycling is the process of converting unwanted or discarded materials into something with a new purpose. pic.twitter.com/CnIypd3ceZ

Happy #EarthDay2019! Come sculpt nature in our Make with Nature space in Bill’s Backyard, and celebrate the environment with us! #exploreBB #PurpleMuseumCreations pic.twitter.com/0393EiK26r

We’re gonna party like it’s your earth day. 🌎 Join us from 10 a.m.–5 p.m., to celebrate with green-themed activities and demos led by the Blue. And, watch Dynamic Earth playing in the Dorrance Planetarium. #earthday #earthday2019 🎟️ https://t.co/reBYxuMPgf pic.twitter.com/wLfxTsvRw9

Happy #EarthDay2019! This year’s focus is the protection of endangered species, including bees! At Science North, we love bees and will be conducting a biological survey of the bumble bees again this year. For more info about Earth Day visit https://t.co/WqRIXJxXwB 🐝 pic.twitter.com/UqAX646i60

Happy #EarthDay from WonderLab! We had so much fun yesterday during our STEM Sunday, learning about our beautiful earth, the impact humans make on it and what we can do to protect our planet! pic.twitter.com/61NuBU8LNv

Hey there citizens! Captain Current here, and today is Earth Day! Join us throughout the day as we give you simple tips and tricks to make our planet a little bit greener and a whole lot cleaner! pic.twitter.com/6o8lqeVeZH

Happy #EarthDay We encourage you to get outside and explore the world around you. Come by Powerhouse and tour our 13 acre grounds with the help of our handy trail guide #ScienceIsEverywhere pic.twitter.com/mKGd3xgvI4

Happy #EarthDay! Get outside, enjoy the fresh air and stop by the science center from 10AM-3PM. #GoGreen with us today and learn about solar panels or construct your own seed necklace 🌎 pic.twitter.com/cXSkdpkQUb

#EarthDay2019 at @BrooklynKids is part of our 10 day Earth Rocks! festival! What better way to enjoy spring than celebrating this amazing planet? Join us: https://t.co/nqRpBO7Lgt pic.twitter.com/gmzR39MRo3

Did you know the planet’s average temperature has risen about 1.62 degrees Fahrenheit since the late 19th century? Today on #EarthDay, and all throughout the week, explore the issue of climate change on our immersive Science on a Sphere. 🌎 https://t.co/7byFJW3Q6C #EarthDay2019 pic.twitter.com/GBJRgg4iTu

Happy #EarthDay everyone! We are kicking off Earth Week programs with a hike through Werthner Woods this morning at 11:30. Most people know the view from *inside* the treehouse, but be sure to get out and enjoy the outdoors today, too! pic.twitter.com/DUcIuDvtwf