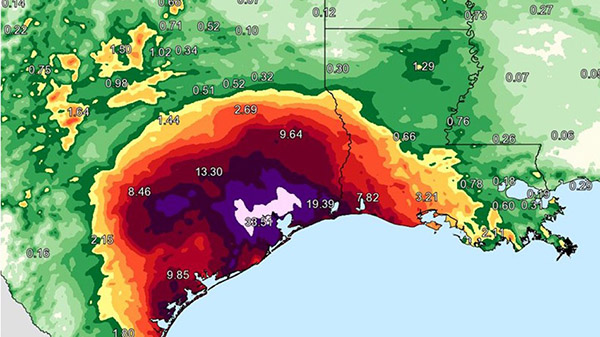 As the wind, rain, and floods from Hurricane Harvey continue receding, I want to update this blog with post-Labor Day news from ASTC members and help everyone start thinking of ways to help.

Before the hurricane struck, we were in touch with some ASTC members, just as many were finishing preparations and closing down. We stayed in touch where possible, but electricity, phone lines, and cell-phone towers are out of service in many areas. Then we started hearing from them again, or followed up, and shared information here as we learned it.

It is still not clear what will be the greatest need. If we hear from ASTC members about their assessments and recovery needs, we will share opportunities for you or your organization to assist.

In the meantime, please write to me if you have any additional news or ideas for assistance.

Children’s Museum of Houston (Twitter: @cmhouston; Facebook: cmhouston)—Closed in advance of the hurricane; reopened on Thursday, August 31, with free admission to families in shelters, and METRO trains carring them to the museum at no cost. Staff worked with other organizations to put together a Kids’ Zone and provide make-and-take science activities in a large shelter housing nearly 10,000 people, including about 2,000 under 13. They are working on plans for a second shelter that could hold up to 20,000 people who are currently without housing. The museum is also hosting a Back to School Drive, collecting supplies and school uniforms for children affected by the hurricane.  Some staff members lost their homes, many couldn’t leave home due to flooding, others couldn’t get home for the same reason, and some experienced loss of power and, ironically, water, at their houses. The sister museum in Fort Bend also remained closed for a few more days until the swollen Brazos River was no longer threatening Fort Bend County.

Space Center Houston (Twitter: @SpaceCenterHou; Facebook: SpaceCenterHouston)—Closed through Friday, September 1; reopened on Saturday, September 2, with reduced admission prices and free parking over Labor Day Weekend through Monday, September 4. The institution will donate one-third of all admissions received over the holiday weekend to Hurricane Harvey relief efforts. There were some minor leaks in some of the administrative offices and some wet carpet in a theater, but no flooding in the building; no exhibits or artifacts were affected. Read more from CEO William Harris.

The Health Museum, Houston (Twitter: @thehealthmuseum; Facebook: thehealthmuseum)—Closed early on Friday, August 25, in anticipation of inclement weather, and re-opened on Labor Day, Monday, September 4. The museum and staff were both spared amidst the devastation of the downpour, but most staff live in high-water areas and were not been able to get to the museum for several days. Though the facility got about three feet of flooding in its underground garage, where traveling exhibition crates and its outreach van were stored, the van still works and hopes are high that the crates can still be used.

Louisiana Children’s Museum, New Orleans (Twitter: @LouisianaKids; Facebook: LouisianaChildrensMuseum)—Closed on Tuesday, August 29, due to weather, but reopened the next day. “Soggy, but doing well.” Had been participating in community efforts remembering the August 29, 2005, landfall of Hurricane Katrina in New Orleans. These are now redirected to “paying it forward” and raising funds for the Houston community.

Lafayette Science Museum, Lousiana (Twitter: @LSMuseum; Facebook: LafayetteScienceMuseum)—About six inches of rain fell around the region, but the museum was unaffected and reports being very busy.