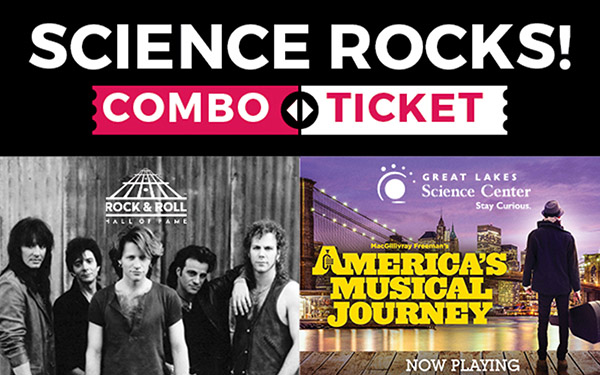 Great Lakes Science Center in downtown Cleveland, Ohio, is in an enviable position. Situated overlooking North Coast Harbor and Lake Erie, the museum is also next door to what is arguably Cleveland’s most recognizable landmark, the Rock & Roll Hall of Fame.

Both museums opened within a year of each other in the mid-1990s, and the going conventional wisdom at the time was that the science center drew the majority if its guests from the seven-county metropolitan region, and the hall of fame drew considerably more tourists from outside the region. But as more distinct visitor patterns began to emerge over the years, both institutions saw the need for a discounted combination ticket package that would appeal to the group/bus tour industry.

“We originally designed the Science Rocks combo ticket in response to the growing demand from the regional group tour industry,” said Amanda Taunt, the science center’s Director of Guest Services. “Group tours were bringing in more and more diverse visitors from different age groups and there was definite interest from them in being able to visit both museums since we’re so close to one another.”

As Cleveland’s image began to change over the last 15 years, more and more visitors were choosing to come to the once maligned city and see the evolution for themselves. This coincided with an increase in the number of locals venturing downtown, some for the first time in decades, and an influx in new residents moving downtown in numbers that hadn’t been seen in 50 years.

“Multi-generational family groups coming downtown, and an increase in civic pride in Cleveland’s cultural institutions across the city overall, gave us the confidence to adapt the Science Rocks package for the general public as well,” said Taunt. “Now guests can purchase the combo ticket online and visit both museums for one price without having to be members of an organized group tour.” 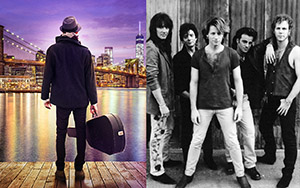 The two museums took the partnership a step further in March of this year when the Science Center opened the America’s Musical Journey film in its Cleveland Clinic DOME Theater, home of the first giant-dome cinema laser-illuminated projection system in the United States. The new movie traces the roots of American music with Grammy-nominated singer/songwriter Aloe Blacc, from the jazz of New Orleans and the blues of Chicago to the hip-hop beats of the Bronx and the Latin rhythms of Miami—a perfect crossover experience for Rock Hall visitors.

The Great Lakes Science Center and the Rock & Roll Hall of Fame both have onsite signage promoting the deal and are mentioning it in their respective e-newsletters. In just under two months, the package has been selling well, bringing in more than $5,000.

Guests can utilize the Science Rocks package and visit the two institutions, or purchase a combo ticket for the Rock Hall and the movie at the science center. Combo tickets are available for online purchase only at GreatScience.com or rockhall.com. Single DOME theater-only tickets are also available, both online and at the science center’s box office.