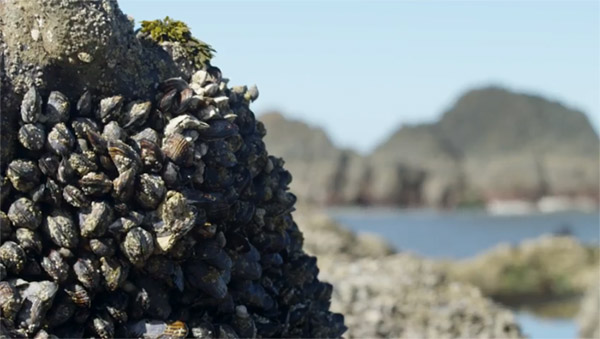 Fuzzy logic, why frogs are dying, and how soy sauce can change the world are the stories from this year’s Golden Goose Awards, announced at a ceremony this week in Washington, D.C. These awards celebrate scientific research that may seem obscure when you first hear of it, but which actually leads to major impacts on society.

Golden Goose Awards are the brainchild of U.S. Representative Jim Cooper, a way to highlight great stories and shining examples of the positive impact of U.S. federal funding for science.

My favorite this year was the soy sauce solution—how wondering why mussels stick to rocks led, via the proteins in soy sauce, to a new glue that has revolutionized the plywood industry. This new glue eliminates the need for using formaldehyde in plywood production—a real health benefit for workers and consumers.

The second winner, fuzzy logic, may seem a difficult concept, but it underpins so much of the logic systems that impact our everyday lives, from vacuum cleaners to auto-focus cameras, air conditioning to anti-lock brakes.

The third award went to the team that identified the fungal disease attacking frogs worldwide. They discovered that the fungus was not just a new species; it was an entirely new genus. This has led to creating a treatment for frogs in captivity and establishing “arks” of species that may be dying out in the wild.

You can read more of the winners’ stories here and watch a documentary short film here.

During the awards ceremony, one of the speakers said, quoting Isaac Asimov:

The most exciting phrase to hear in science, the one that heralds new discoveries, is not “Eureka!” but “That’s funny . . . ”

These three stories illustrate how open-ended curiosity can lead to some amazing discoveries, and the spirit of these investigators reminds me how valuable the work of science centers is when we daily invite visitors to ask questions and look for answers.

From 1975 to 1988, U.S. Senator William Proxmire issued monthly “Golden Fleece Awards,” ridiculing federal spending that he thought was wasteful. Research that sounded weird or funny was often targeted, and the press releases usually portrayed a fundamental misunderstanding of how science works and how such research can turn out to be extremely important and beneficial to society.

It is this legacy that Representative Cooper wanted to reverse when he envisioned the “Golden Goose Awards,” honors that would recognize the tremendous human and economic benefits of federally funded research by highlighting examples of seemingly obscure studies that have led to major breakthroughs and resulted in significant societal impact.