Some people think that science centers may be undergoing the same slow dying process right now. In the urban areas of many developed countries where museums are located, our traditional communities are evolving, with increasing diversity and fewer children—but we are not always welcoming to all. Ticket prices are rising above the point where underserved audiences in our communities can come often or at all. Other sectors are starting to offer the same experiences that we offer.

As a result, many museums are starting to rethink their relationship with their communities—what is most important to those they serve, what can they do to make their community a better place for all, and how can they stay in business while serving those least able to afford it? These deep questions are increasingly important as citizens worldwide wrestle with the relationship between science and society.

Connecting with Our Audience 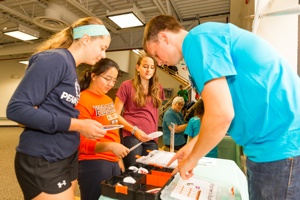 In 2008, the Sciencenter in Ithaca, New York, began a multi-year effort to better serve its audience. The process began unexpectedly when a routine planning retreat of board and staff uncovered acute (and unanticipated) needs to clarify the museum’s audience and better understand how to serve it.

As a result, the museum undertook an 18-month period of community listening research that included hundreds of people in interviews and focus groups. We asked, “What kind of community do you want to live in?”, “How might that be different from the way things are now?”, and “What would it take to make the kinds of changes needed?”

Ironically, “more science education” was never mentioned. Instead, a common thread was the desire to “build a community where every child could reach his or her potential.” In addition to this aspirational goal, the listening process also led to an understanding of the museum’s core audience as being children 0–14.

Building on these two findings, the Sciencenter developed an education framework, focusing on important life skills that would help all children reach their potential using science as the learning platform. The framework was summarized as the vision of “a community where every young person is empowered to use science in shaping a better future—for themselves, their community, and the world they will soon inherit.”

The framework identifies three developmental periods and goals for each: 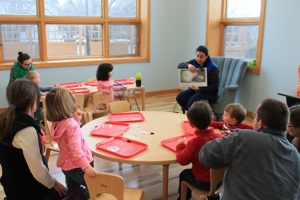 The Sciencenter followed up with a plan for new exhibits, educational programs, and training for floor staff geared toward each of these developmental periods, and a targeted fundraising campaign called “Curious. Confident. Inspired.” to support this major new initiative.

This work has led to a 10% growth in attendance in the past three years, consistently high monthly customer service ratings, and frequent praise from community and governmental leaders.

If your institution is dealing with questions of strategic planning, such as where your strategic focus should be, who will visit your museum in the future, how often they will come, and how much they will be willing to pay, you might be interested in a specialty conference called “Connected Audience” that will be held September 14–16 in Vienna, Austria.

Developed by John Falk, Christian Waltl, and an international team of colleagues, this conference will take a deep dive into the research and practice associated with museum audiences past, present, and future, including Sciencenter’s case study in transforming for the future through listening to our audience.

Limited to 150 participants, the conference group will be half museum practitioners and half researchers, designed to make sure participants can widely share their experiences and professional practice as well as have access to and contact with international thought leaders. The sessions will include short, provocative presentations; plenty of small group discussions; and field trips to four entirely different types of museums in Vienna.