Scientific Evidence Is Proving No Match for Emotionalism

Linda Conlon took stock of the growing primacy of emotional resonance over fact during an address at the opening of the 2017 ASTC Annual Conference in San Jose, California. She is chief executive of the International Centre for Life in Newcastle upon Tyne, United Kingdom, and served as ASTC Board Chair, 2015–2017.

The text of her speech is presented below. 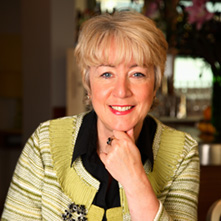 I’ll start with a question to get your brains buzzing this morning. Who described a presidential candidate as “a gross hypocrite and a hermaphrodite”?

While you’re thinking about this, I want to share with you something that has been giving me—and probably you, too—increasing cause for concern. Don’t worry; this is not going to be full of doom and gloom. I’ve got some great things to celebrate, too.

At the ASTC Annual Conference last year in Tampa, the United States was only days away from an election. And, of course, Donald Trump won that election. Earlier in the year, the United Kingdom had voted to leave the European Union. The two elections were typified by anger against elites, a breakdown in trust in the media, and a widespread and misguided belief among pundits and those running the campaigns that the contests were foregone conclusions. The consequences of each vote could hardly be more serious, and yet the campaigns that decided them were fuelled by trivia, half-truths, and downright lies.

There’s nothing new in this. Politicians have been saying outrageous things and trading insults for years. In the 1800 U.S. Presidential election, supporters of John Adams said that a Jefferson presidency would mean that “murder, robbery, rape, adultery, and incest will openly be taught and practiced” while the Jefferson camp slurred Adams as a “gross hypocrite and a hermaphrodite.” Hardly honest, highbrow debate! The media have not suddenly become more inclined to lie and the public have not become more stupid.

What is new, in what has been dubbed this “post-truth” age, is that blatant lies have become routine across society. Public tolerance is now shockingly high when it comes to inaccurate and undefended allegations, non sequiturs in response to hard questions, and outright denials of facts. There is a growing primacy of emotional resonance over fact. Michael Deacon, a parliamentary sketchwriter for the Daily Telegraph (a British national daily newspaper) summarized the core message of post-truth politics as “Facts are negative. Facts are pessimistic. Facts are unpatriotic.”

Perhaps the best known, most recent example is the reference to “alternative facts” from President Trump’s office regarding the size of the crowd at his inauguration. Despite clear photographic evidence to the contrary, his aides declared that their claims were not false, but that they were merely giving “alternative facts.”

Not surprisingly, sales of George Orwell’s dystopian novel, 1984, rose to the top of the Amazon charts days after the “alternative facts” story. The parallels are only too obvious. Here we have a central character, Winston, who objects that the party has no mastery over gravity, climate, disease, or death. However, the party oligarch, O’Brien, silences him saying: “We control matter because we control the mind. Reality is inside the skull . . . there is nothing that we could not do . . . . You must get rid of those 19th century ideas about the laws of nature. We make the laws of nature.”

Increasingly, scientific evidence is proving no match for emotionalism and the charisma of celebrity. Some of you might remember the model and TV personality, Jenny McCarthy—whose son Evan has autism—appearing on the Oprah Winfrey Show to take a stand on vaccination. Against the full weight of scientific evidence, she pitted her “mommy instinct.” When challenged to produce her evidence, she said: “My science is named Evan and he’s at home—that’s my science . . . the University of Google is where I got my degree from.” And there are many, many more examples in similar vein.

Post-truth politics is made possible by two factors: a loss of trust in established institutions and sweeping changes in the way knowledge of the world reaches the public. Across the Western world, trust is at an all-time low, which helps to explain why many people prefer so-called “authentic” politicians who tell it how it is—that is, what people feel. In the United Kingdom, Britons think that hairdressers and “the man in the street” are twice as trustworthy as business leaders, journalists, and government ministers. Only 32% of people in the United States said they had a great deal or a fair amount of confidence in the media to “report the news fully, accurately, and fairly.” This is the lowest level recorded in Gallup polling history. Frankly, I was surprised it was so high!

The second big factor in a post-truth age is the internet and the services it has spawned. Nearly two-thirds of adults in America now get news on social media and the numbers continue to grow. On Facebook, Reddit, Twitter, or WhatsApp, everyone is a publisher. Content no longer comes in fixed formats like articles in a newspaper. It can take any shape—a video, a chart, or an animation. A single idea can be shared by millions without any background or context.

Facebook is by far the biggest player in the social network world, but its sheer dominance compared to others in the media industry is what is truly staggering: 1.3 billion people use Facebook every day, which is more than 90 times higher than unique visitors to the most popular newspaper website. Its financial clout is also on a different scale to any of the other players in the industry. Facebook is worth over six times more than Time Warner—at about $500 billion.

While Facebook and Twitter may insist that they are technology companies and not media companies, they are an integral part of the media ecosystem and play a significant role in how fake information is spread. Fake news relies on social sharing to survive. And it is this very powerful urge to share that Facebook has harnessed so effectively. As the publication Fortune has said: “Personal updates—including the half-based opinions, but also the baby photos, engagement announcements, and vacation photos—are what keep people coming back to Facebook. Without the personal updates, Facebook becomes a glorified content recommendation engine.” Personal content is a unique asset, not only keeping users logging into the site to check what their friends are up to, but keeping them attached to it as a place that contains years of their own history. Following a decade of acting as if it’s not a player in the media industry, Facebook is facing unprecedented demands to use its market power for good.

Science centers and museums face a similar challenge in this post-truth world. We want to believe that we’re different and that science is not like business and politics—but it isn’t. And, of course, science has been battling inaccurate information for decades. Rational debate on subjects as diverse as climate change, gene therapy, and vaccinations has been hampered by a toxic mix of fact and fantasy. What does it say about the standing of science when global warming is dismissed as a “Chinese hoax” by those in positions of great influence? Science is under direct threat like never before, so it was a powerful statement of solidarity when hundreds of thousands of people worldwide— including many in this room today—took to the streets earlier this year to march in support of science. Let’s hope that the significance of this event was recognized amidst the daily deluge of fake news and trivia.

And, of course, let’s not forget some of the great things that have happened in our sector in the past 12 months. International Science Center and Science Museum Day launched on November 10 last year and was a great success. If you are not yet on board for this year’s event, don’t worry—there’s still time. You’ll hear more about it during the conference or you can swing by the ASTC booth where staff will be very happy to meet with you.

The eclipse in the United States was a wonderful example of the power of science centers to bring together communities and share a once in a lifetime experience. All members enjoyed above average attendance, with some reporting more than a 300 percent increase on a regular Monday. I like this quote in particular from the Montshire Museum of Science in Vermont: “Families shared not only their glasses, but also their facts about astronomy, their experiences with previous eclipses, and positive feelings about science throughout the four-hour event. On August 21 we were one family, united in the wonder of science and discovery and for that the Montshire is truly grateful.”

And we welcome the start of a new era with the appointment of Cristin Dorgelo as the new President and CEO of ASTC. Cristin will lead the team forward through the undoubtedly challenging but exciting times ahead.

I’ve been proud to have been Chair of ASTC. It has been a privilege and an honor. I believe that science centers and museums have never been more needed in this post-truth age. Yes, there is work to be done to ensure that we are the right shape and fit to meet the challenges of a changing world. But let’s remind ourselves that the majority of the changes we are experiencing are driven by science and technology. There is an opportunity now for everyone in this room to exploit that opportunity.

In the next few days, share ideas, challenge each other, move out of your comfort zone. Start conversations about post-truth and how science centers can best respond to it. And share it on social media. The conference hashtag is #ASTC2017.

But please—keep it real. No post-truths!